Looking back at top stories of 2018 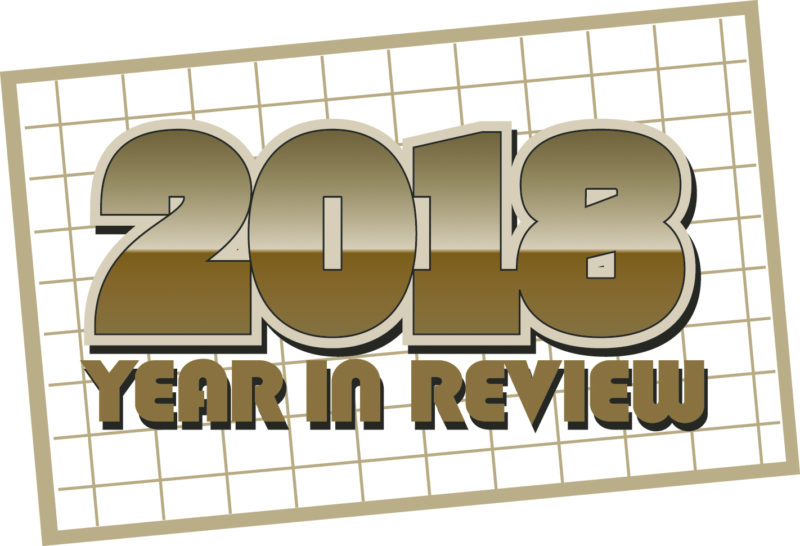 Numerous stories garnered the public’s attention during 2018. The following is a synopsis of those top stories.

According to a press release issued Dec. 2, Putnam County Sheriff’s Office investigated a shooting that occurred around 10 p.m., Nov. 30, 2018, at a residence on Bunker Hill Road near the White County line.  Deputies from Putnam and White counties responded to a residence, in White County, where a shooting victim was located. The victim was identified as a 26-year-old White County man. He was transported by ambulance to Cookeville Regional Medical Center and later transferred to Vanderbilt University Medical Center, in Nashville. A 31-year-old female and a 31-year-old male suffered non-life-threatening injuries from an assault during the incident as well. The suspect was identified as 38-year-old Avert Lee Johnson, also known as “Kojak.” Update: Johnson was apprehended at a residence in Putnam County. His bond was set at $100,000.

Authorities were dispatched to a house on Quebeck Road, in White County, in response to a home invasion that turned deadly. According to Assistant District Attorney Bruce MacLeod, two assailants entered a residence on Quebeck Road and were subsequently shot by the occupant of the home. One assailant died on the scene; the other was airlifted to Erlanger Medical Center, in Chattanooga. Both assailants were allegedly armed. However, the homeowner was not injured. Update: The man who was airlifted to Erlanger Hospital in Chattanooga, Danny Ray Ball, was released from Erlanger.

Kurt Dronebarger, White County director of schools, led the discussion about the potential school closing at the town hall meeting held in the gymnasium of Central View. Dronebarger began the discussion with a PowerPoint presentation explaining how money was divided up within the school system. He said that the money being put into Central View Elementary was essentially a waste due to the small number of students who attended the school as opposed to the higher number of students that attend other elementary schools in the county.

A Sparta woman who was charged with first-degree murder in the July 2018 death of her husband had her case bound over the grand jury.

Patsy Hensley, 56, appeared before Judge Sam Benningfield, on Aug. 7, for a preliminary hearing to determine if there was enough evidence for the case to go to trial. Hensley was arrested July 1, 2018, in the shooting death of her husband, Mark Hensley, 54. Update: In early December, Patsy Hensley’s attorney argued a bond reduction motion. Assistant District Attorney Bruce MacLeod argued that Hensley’s bond was appropriate and Judge David Patterson agreed with the state, denying a bond reduction.

At approximately 10:30 a.m., July 20, a deputy was dispatched to a residence, on Woodland Trail, near the Bon Air community. A member of the family of the occupants of the home called authorities to inform them of the situation. Dominick Iraggi, 77, and Patricia Iraggi, 73, had both been shot. Patricia Iraggi was transferred to the hospital. Patricia Iraggi was later arrested for the alleged shooting. Update: After probable cause was found, Judge Sam Benningfield bound over Iraggi’s case to the Grand Jury in late October.

Officers from the White County Sheriff Department, U.S. Marshal’s Office, Sparta Police Department, and Tennessee Highway Patrol were involved in a brief pursuit, on Feb. 12 that resulted in the apprehension of two subjects and the removal of methamphetamine and a firearm.

A Van Buren County woman has been arrested and charged in the murder of a Bledsoe County man whose remains were discovered in Pikeville in a barrel, according to the Tennessee Bureau of Investigation.

On March 8, TBI special agents joined deputies and investigators with he district attorney general’s office investigating the death of Timothy Jordi (DOB 4/01/1967), who was found deceased at this home in Sparta. On March 12, investigators served Joshua Nathaniel Jordi (DOB 4/11/1996) with a warrant, charging him with one count of first degree Murder. Joshua Jordi was arrested and booked into the Blue Earth County Jail, in Mankato, Minnesota.

The widow of a man who was allegedly shot and killed during a pursuit in April 2017 filed a wrongful death lawsuit against White County, Sheriff Oddie Shoupe; Adam West, an officer with White County; City of Sparta; and Charlie Sims, an officer with Sparta Police Department.