Love thy neighbor was proven in true Spencer spirit 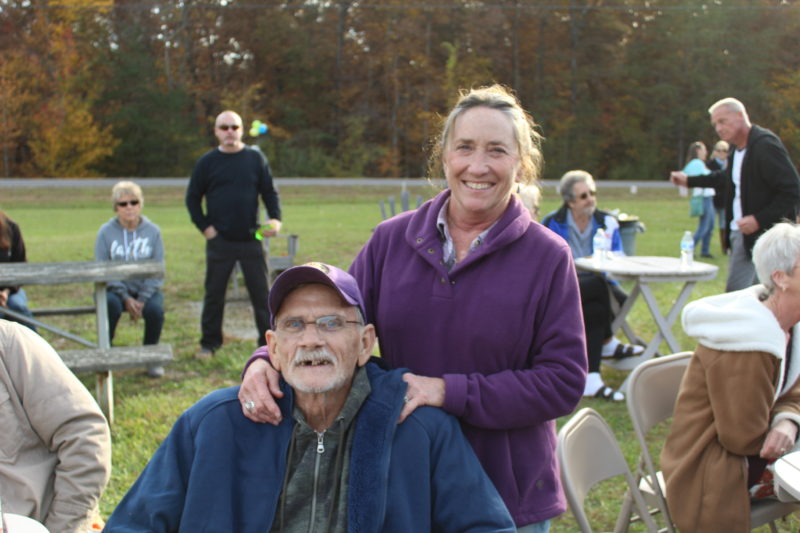 A few weeks ago, one of Van Buren County’s residents experienced a life changing accident. The injuries suffered required air ambulance transport to a trauma center. The extensive nature of the damage to one of his legs left the outcome uncertain.

This week, Greg McWilliams and his wife, Mimi, received the good news that the surgeons were making all attempts to maintain the extremity. This was just the beginning of the blessings received this week by a couple who had every right to be downtrodden about their circumstances.

A small army of neighbors and friends who heard about the unfortunate ordeal began to pull together to assist this U.S. Marine Vietnam veteran any way they could. The Way Inn, located on Archie Rhinehart Parkway, became the unofficial “board room” for the mission planning. For weeks, all homemade desserts purchased at the inn went toward the funds for the McWilliams. As the days continued to pass with Greg McWilliams in the hospital, Melissa Harmon and other neighbors knew that the needs of their friend would grow.

With winter approaching and Greg McWilliams’ mobility greatly challenged, it was decided to replace the wood heating of their home with propane gas. The goal of raising enough money to fill a 500-gallon tank was launched. 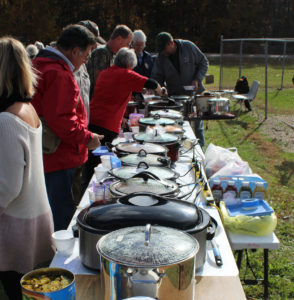 With determination and purpose, the idea was concluded to have a chili-cook off fundraiser. On a crisp fall Saturday, contestants brought their crockpots full of meat and beans, in hopes of having the bragging rights of best chili.   After much tasting and re-tasting, votes were collected. Naomi Harmon was declared the winner, as her spicy taco chili recipe became a new favorite of many. After being declared the chili champion, Naomi Harmon graciously donated the $50 cash prize to the fundraising effort. She was, however, ecstatic to have the bragging rights. Ann Womack and Tim Zachary rounded out second place and third place from the field of 25 challengers.

As chili was warming for the crowd to eat, a dessert table beckoned with sweet syrupy goodness to top off the meal. The collection of homemade cookies, cakes, cobblers, and pies rivaled any church luncheon offered on “the mountain.” If anyone left the event hungry, it was of their own choosing.

As a group of musicians, led by Glenn “Mop-Head” Moffitt, entertained the crowd with well-known favorites. Some full diners decided to “bust a move” before they busted their britches.   A variety of dance moves were on display to celebrate the day and the fact that prayers for a neighbor had been answered.   Tables of silent auction items were available and added to the overall sum collected.

The guest of honor, who usually avoids any attention or accolades, was able to attend the event organized specifically for him. He was greeted by numerous neighbors and fellow veterans who came to share their support for a speedy recovery.   Greg and Mimi McWilliams shook hands with everyone attending and shared their deep appreciation for the outpouring of support from the community. 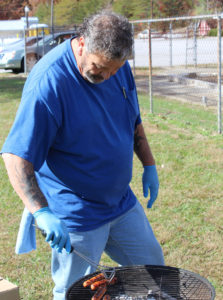 “We didn’t expect to have this much or this many people… it’s a little overwhelming,” said Mimi McWilliams. “We really do want to thank everyone who came out and who have done so much for us.”

The event was a tremendous success and well exceeded the goal set. The event would not have been conceived if it were not for the coordination efforts, dedication, and time donated from many people.

Greg and Mimi McWilliams wanted to thank everyone who helped in any way. Special appreciation for the team of the Way Inn (Melissa, Ralph, Naomi, Donna, and Susan), Matt and Theresa Shockley, Don Shockley and family, Bethlehem Church of Christ, the American Legion, as well as countless unnamed neighbors who stepped up and gave to the cause.

This is just one example of how the Van Buren Community comes together to show support and love to their neighbors.