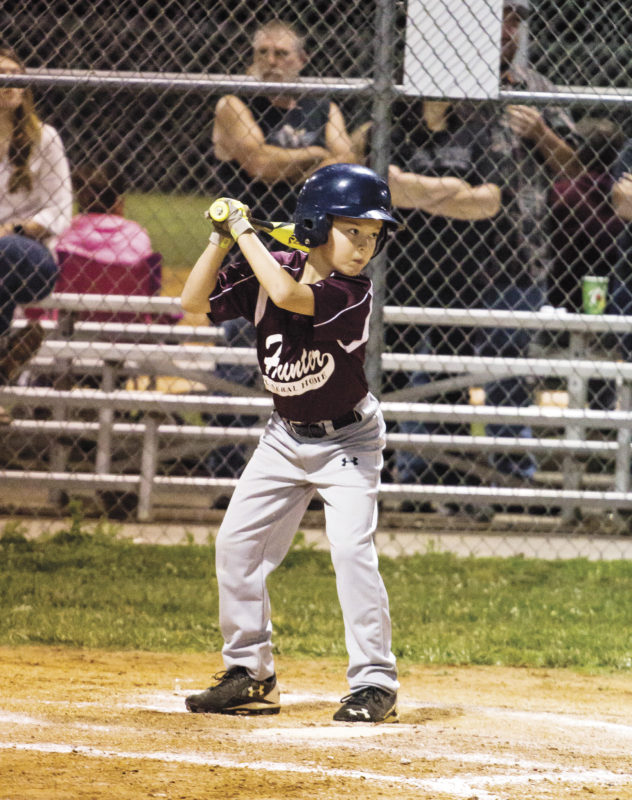 A player for Hunter Funeral Home gets ready for the pitch.

On Monday night, the two best teams in the boys’ junior league battled it out for first place. Maples Survey ended up defeating Sonic 7-6, scoring two runs in the top of the fifth inning to pull out the victory. In the second game on Monday night, Hunter Funeral Home defeated Tri-State 12-5.

Eli Scoggins and Cole Gentry led the way for Maples getting two hits apiece and scoring twice. Gabriel Baker had one hit and scored a run. Kason Seal and Braxton Matheny each scored one run.

In the second game, Tri-State jumped out to an early 5-2 lead over the first two innings on Hunter Funeral Home, but Hunter would answer back, scoring four runs in the third and six runs in the fourth inning to win by a final score of 12-5.