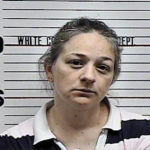 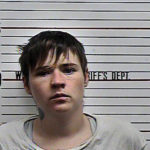 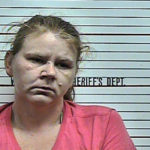 Sparta police officers recently responded to a Bronson Street residence in response to a reported physical domestic situation, to reportedly find needles and paraphernalia in a room with children’s toys.

According to warrants filed by Patrolman Mike Honaker, when he arrived at the residence, at approximately 7:54 p.m. on Jan. 22, 2017, he looked inside the front window of the house and saw a female, Bobbie Sue Johnson, 39, of Sparta, sitting on the couch.

Honaker reports that Johnson saw the police cars and quickly picked up some items from the coffee table and walked into the kitchen.

“I walked to the east side of the house and looking into the kitchen window. I then saw Heather McDowell and Krystal Shoupe run into the kids’ playroom, frantically hiding items,” Honaker states.

Patrolman Nick Dunn knocked on the front door and advised Johnson why officers were at the residence. Johnson reportedly told officers a couple that had recently left the residence had a verbal argument in the street as they were leaving the home.

The warrant states that because of Krystal Shoupe being on probation, officers conducted a probation search of the house.

“In the room with all the children’s toys, officers found 15 used syringes, a can bottom with residue, a spoon with black residue, two butane torches, loose razor blades, several napkins with fresh blood on them, bits of cotton and cigarette filters all over the floor and an infant Tylenol syringe with a melted tip and liquid residue inside,” the warrant states.

Shoupe, 34, of Sparta, had her young children in the home within easy reach of the drug paraphernalia, according to Honaker.

“Krystal admitted to knowing the items were in the residence around the children,” he says.

The Department of Children’s Services came to the scene and removed the children from the home and placed them with a family member.

Shoupe, McDowell (29, of Sparta), and Johnson were placed under arrest and each charged with two counts of child abuse/neglect/endangerment and unlawful drug paraphernalia.

All three were given a $10,000 bond. Shoupe and McDowell remain in custody. Johnson has posted bond.

They made their first court appearance on Jan. 24.