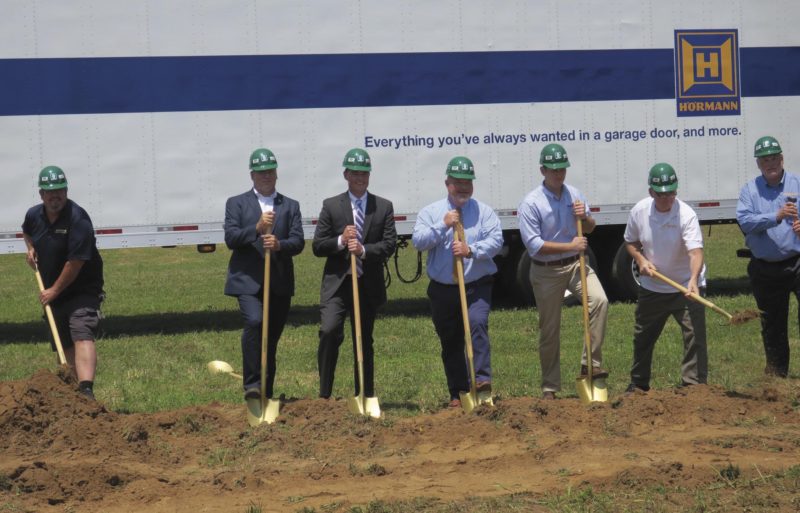 Hörmann Quality Doors and Operators will be opening soon, in White County, and will bring approximately 200 jobs to the area.

Hörmann, which is based in Germany, is a multinational family-owned company that has been in business over 80 years. They are the premier entry system manufacturer in the world and produce all types of entry systems and components, including garage doors.

Robinson addressed the crowd and introduced the managers of Hörmann. He went on to explain the process that takes place when a new business is looking for a location to expand and how important the residents of a town can be in the process.

“There are so many people involved in this,” said Robinson. “Most of those people are you, sitting out there in the audience.”

Robinson explained that when a business has a town in mind where they may want to build a facility, the managers of that business like to come in and look at the town and size it up.

“This is the fifth business that we have brought to White County in the last four years,” continued Robinson. “It starts with you citizens. They don’t come to the city first. They come to the restaurants, they sit and drink coffee with you, and sit and ask questions.”

According to Hörmann, the facility is expected to open in 15 months. For more information about Hörmann and their products, visit https://www.Hörmann.us/