New trial underway for Slatten who was Blackwater guard from Sparta 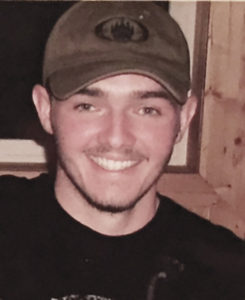 A re-trial for former Blackwater security guard Nick Slatten, of Sparta, began June 18 in an attempt to overturn the first-degree murder sentence that was imposed on him, in 2014, after a incident that occurred in Baghdad approximately seven years prior to the court proceedings.

According to court documents, on Sept. 16, 2007, an American diplomat, was under the protection of Blackwater, the company that Slatten worked for as a guard. The diplomat’s car procession was going through Nisur Square, in Baghdad, when a car bomb exploded near them. According to appeals documents, Blackwater team Raven 23, made up of Slatten and his teammates, was close by and was radioed to come and help evacuate the government official. Instead of meeting the convoy at the pre-arranged checkpoint, Raven 23 instead met them at the square.

During the stop, according to witnesses as stated in court documents, a white Kia lurched out from around a car and drove straight toward the convoy. After being briefed previously that these types of cars were popular to use as bombs, the Raven 23 team took it as a direct threat to their security and fired at the Kia, killing both the driver and the passenger.

According to court documentation, Slough said, “I and others were yelling and using hand signals for the car to stop. The driver looked right at me and kept moving toward our motorcade. Fearing for my life and the lives of my teammates, I engaged the driver and stopped the threat.”

It was introduced that, during Slatten’s trial, the evidence of Slough’s confession was not presented because it could not be introduced in Slough’s own trial. Because of this, Slatten was granted a new trial because the prosecution withholding evidence was a violation of Slatten’s right to due process. It was decided that Slatten’s new trial would begin on June 18, 2018.

Slatten’s new trial began, as scheduled, on June 18 with jury selection. Family members of the Raven 23 guards who were convicted in 2014 flew to Washington D.C. in support of them. Heard, Liberty, and Slough are set to be re-sentenced, but, according to reports, this is not believed to happen until after Nick Slatten’s re-trial. The re-trial is still going on, and it is not known when it is scheduled to be wrapped up.