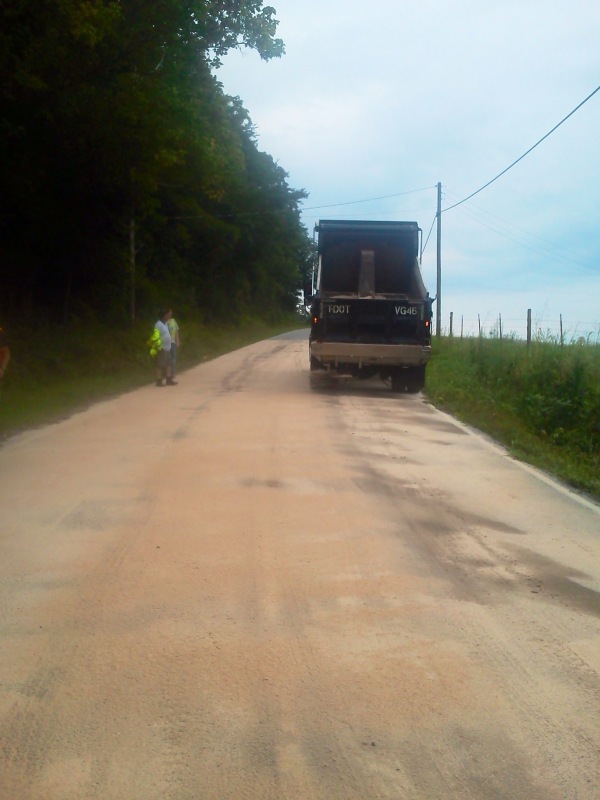 Tennessee Highway Patrol and TDOT, along with other emergency workers are currently cleaning up a major oil spill on Gooseneck Road near the Van Buren County line. THP Sgt. Jimmy Jones says seven five-gallon containers of hydraulic oil were spilled on the road that has caused two crashes. He asks that if you are traveling in this direction to please seek another route. Cleanup is expected to take all day. THP is seeking the suspect who spilled the oil. He is described as a white male 40-50 years old driving a red pickup truck with no tailgate. He walks with a limp. The bed of the truck is filled with several items. He was seen picking up three of the containers that didn’t spill. Anyone who has information on who spilled the oil should call the Highway Patrol at 526-6143 and leave a message for Trooper Hickey.