Jenkins sworn in as newest addition to Sparta Police Department 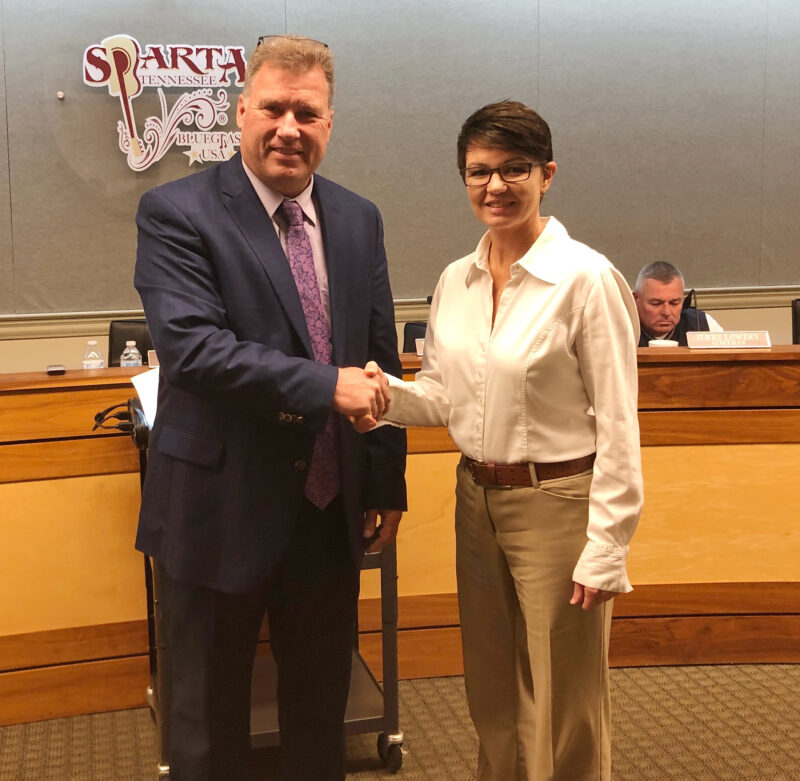 Mayor Jeff Young swore in Sparta’s newest police officer, Shannon Jenkins, during the Jan. 16, 2020, meeting of Sparta Board of Mayor and Aldermen. Jenkins, who was previously employed at White County Sheriff’s Office, has worked to solve crimes against children on the internet and as a hostage negotiator. (Photo by RON MOSES) 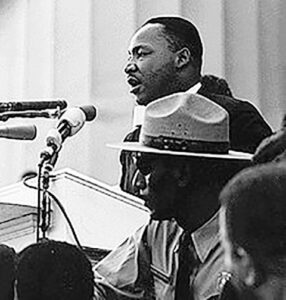 Martin Luther King Jr. delivering “I Have a Dream” at the 1963 Washington D.C. Civil Rights March. (Photo in the Public Domain)

Martin Luther King Jr., known for advancing civil rights through nonviolence and civil disobedience, was the most visible spokesperson and leader in the Civil Rights Movement in the 1950s and 1960s, and, today, his words and ideas are still inspiring people.

“He wanted change, but he wanted us to help change ourselves,” James Clay Leftwich said as he stated that King’s messages weren’t just for the African-American community but for all Americans who were downtrodden. “Get an education. Work. Make it on your … CONTINUED 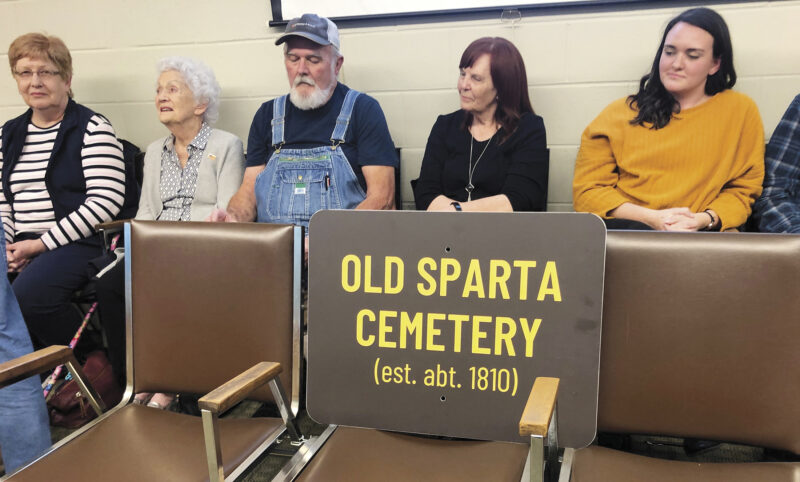 A group of concerned residents gather at the Sparta Board of Mayor and Aldermen meeting, on Jan. 16, 2020, to inquire about restoring the damaged headstones at the old Sparta City Cemetery. (Photo by RON MOSES)

Many of the nation’s cemeteries are being neglected. Sparta is no different in that regard, but a group of residents, with the help of aspiring archaeologist Sarah Northcutt, has a plan to change that.

On Jan. 16, 2020, Sparta Mayor and Board of Aldermen heard from Peggy Hurteau who said many of the headstones have been damaged at the historic Sparta City Cemetery. The damage looks like vandalism, but Hurteau said it actually comes from a less obvious source – lawnmowers.

“A lot of the stones are crumbling and old,” said Brenda Templeton. “We got a report from the University of Tennessee of damage done … CONTINUED

Man successfully rescued from fall in cave, volunteers from other states assist in efforts 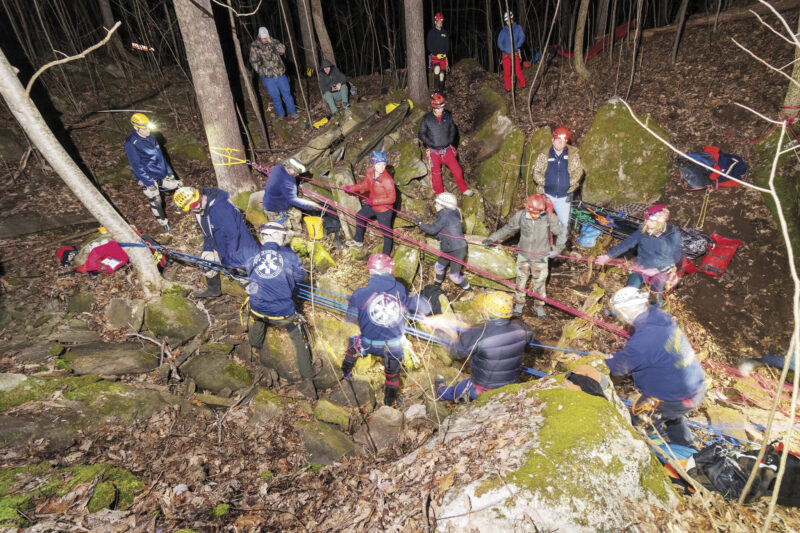 Rescue personnel prepare to enter a cave, on Jan. 17, where a man, while caving, was the victim of a boulder dislodging from the wall of the cave and falling on his leg. (Photo by CHUCK SUTHERLAND)

A man has been successfully rescued from a fall in a cave that brought together emergency personnel from Tennessee and several other states who rallied to bring the victim to safety.

At 6:10 p.m., Jan 17, Sparta-White County Volunteer Rescue Squad received a page for a cave rescue in the northeastern part of the county.

White County E-911 immediately contacted Rescue Squad Chief Ray Brown to give further information that they had received a call stating the patient had fallen approximately 10 feet before landing on a ledge. Information also indicated that a boulder had dislodged from the wall and fell … CONTINUED 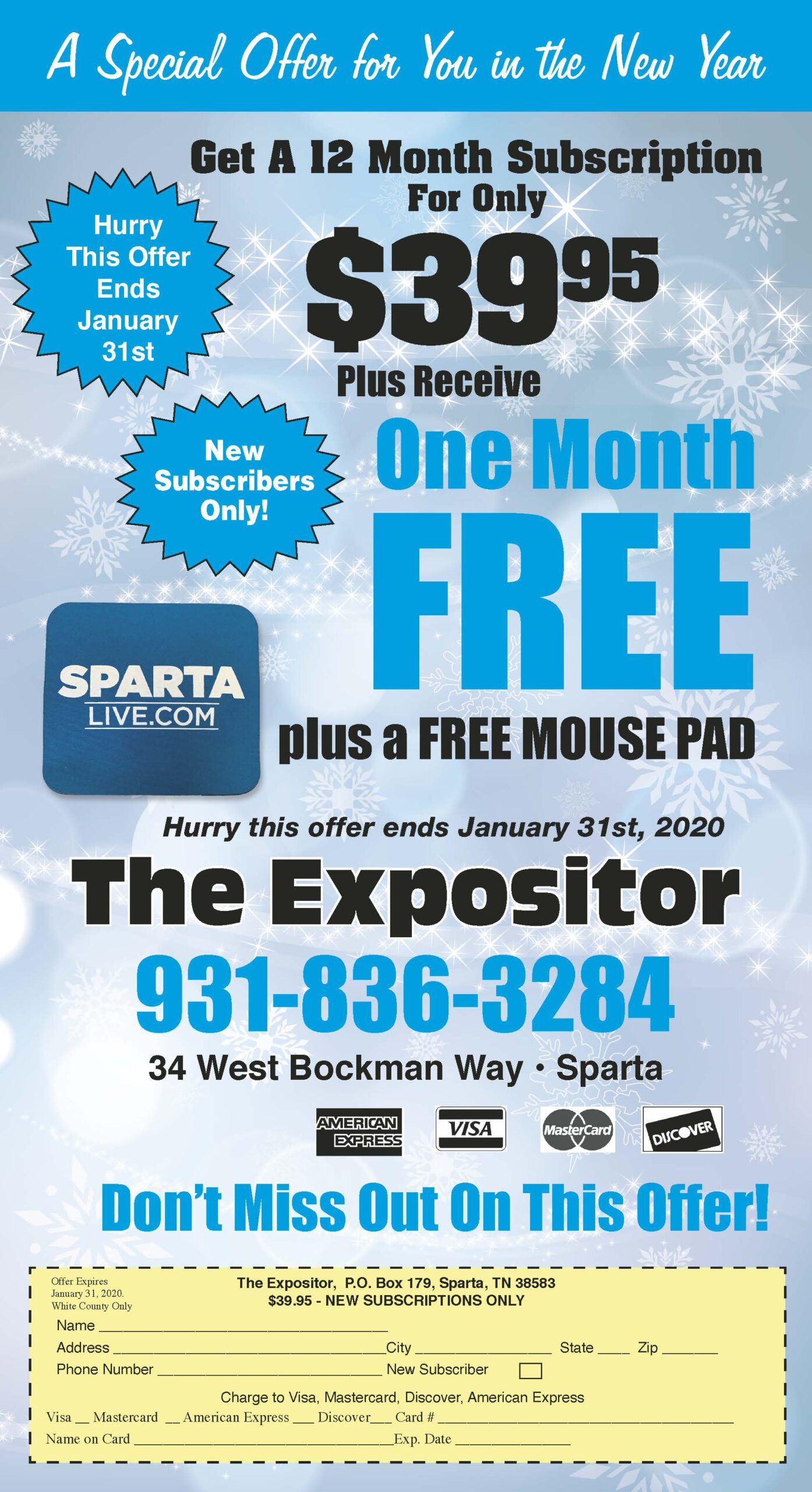 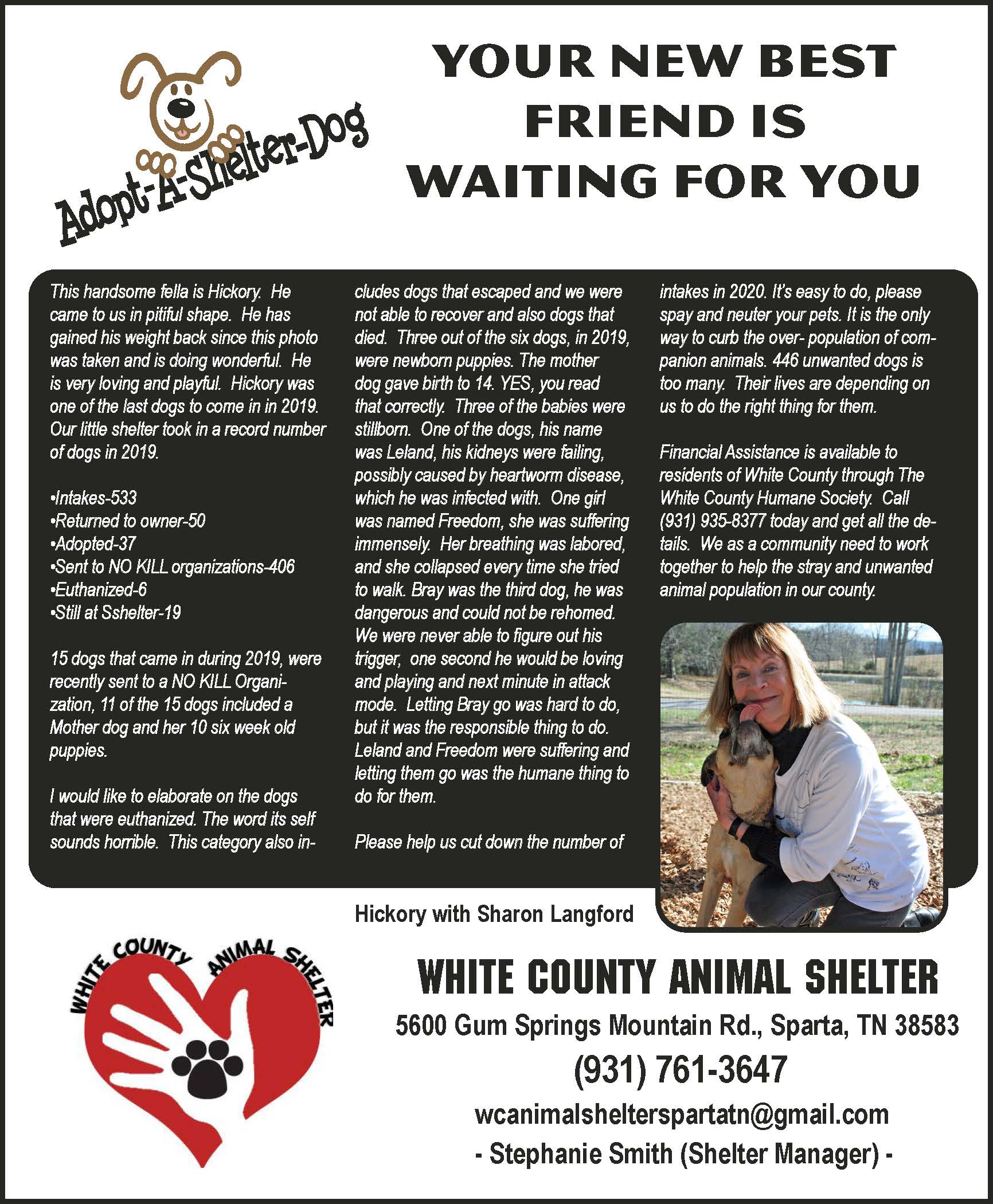 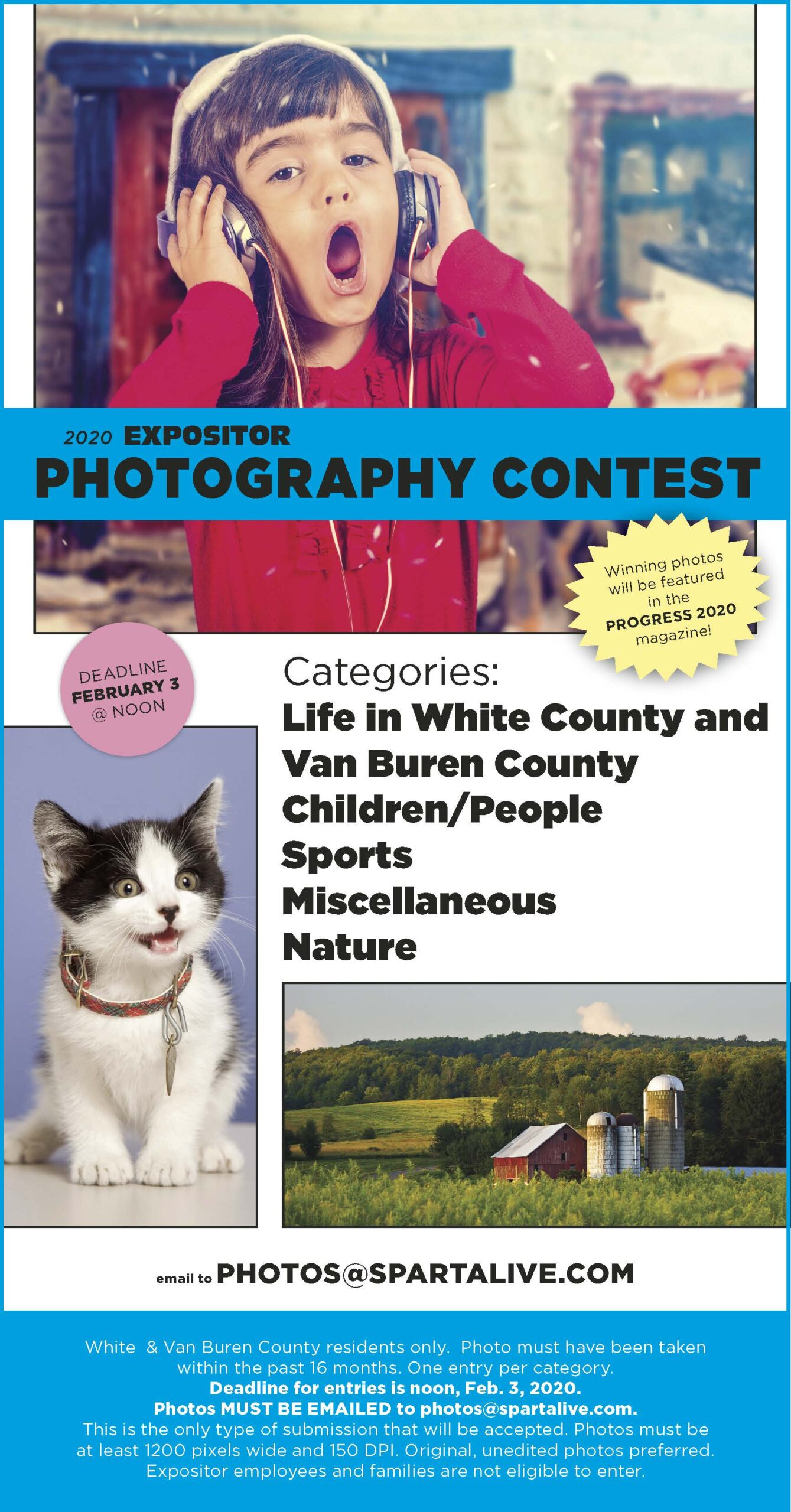 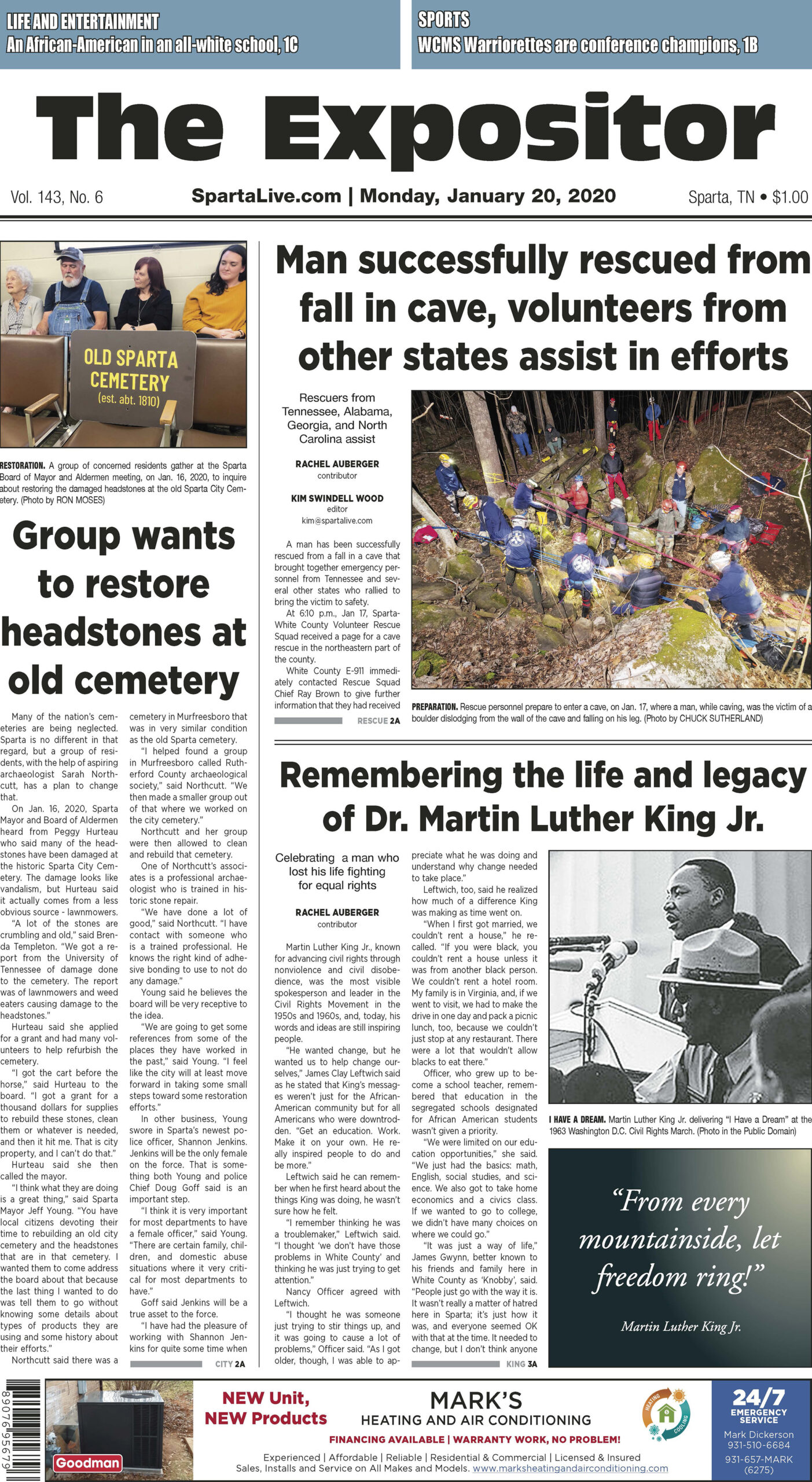 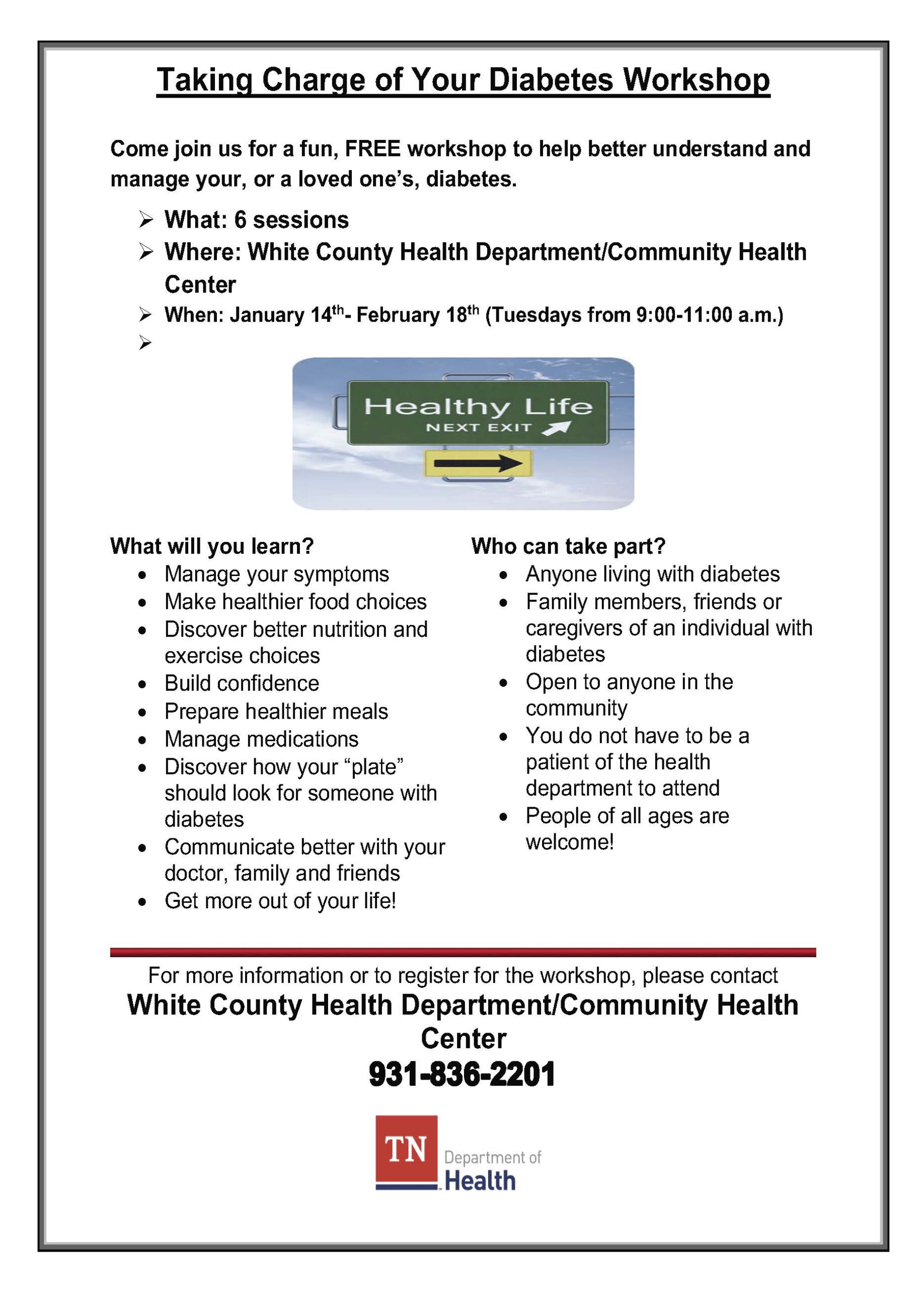 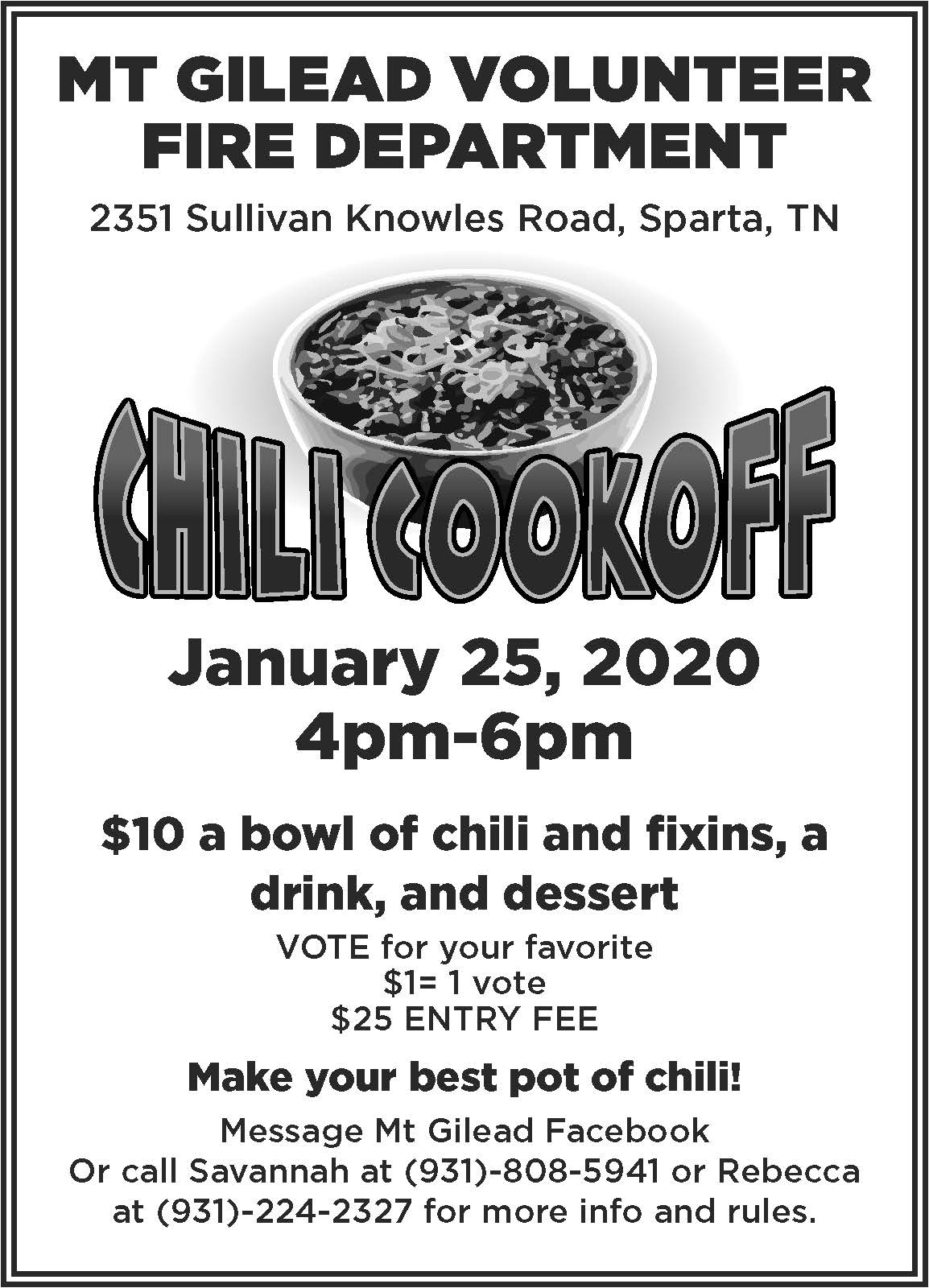 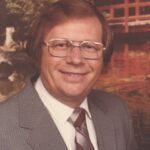 Jasper Ronald “Ron” Savage, of Beech Grove, a native of White County, passed away Jan. 14, 2020, at Horizon Health and Rehab Center, in Manchester.

Mr. Savage was born May 3, 1938, in White County, to Jasper Savage and Gertrude Smith Savage.

He worked at various places until he was married, in 1957, and then began a 44-year career at McQuiddy Printing Company, in Donelson. Mr. Savage retired, in 1991, and moved to Smyrna and then on to Lakewood Park where he joined Lakewood Baptist Church and soon served as a deacon.