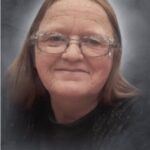 She was a Baptist and worked at Tenneco.

In addition to her parents, she was preceded in death by a daughter, Eugena Renee Wilkey, and two sisters-in-law, Clara Wilkey and Cynthia Hale.

DeKalb Funeral Chapel, in Smithville, is in charge of arrangements.