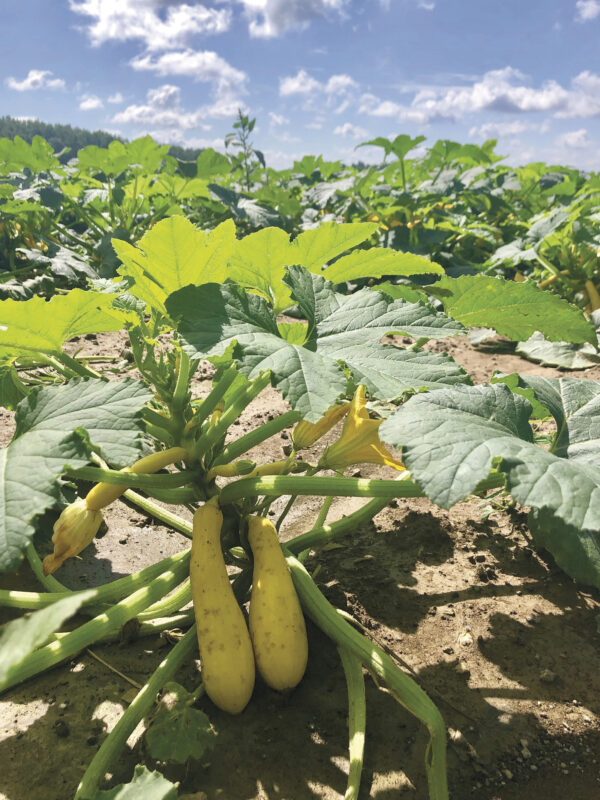 Douglas Farms, in Crossville, supplies PictSweet Company with yellow straight-neck squash for their line of frozen vegetables, some of which is being harvested from a crop in White County. (Photos by RACHEL AUBERGER)

The next time someone picks up some vegetables in the freezer section of the grocery store, that person may be getting something that was grown in White County.

Douglas Farms, located in Crossville, has been supplying PictSweet Company with yellow straight-neck squash for their line of frozen vegetables and medleys for 15 years, and this year they have planted a 120-acre crop, on Highway 70, in the Bon Air area of White County. 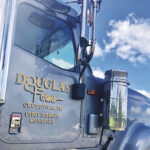 Scott Douglas, who owns and operates Douglas Farms with his father, said that each year the frozen food company, based out of Bells, Tennessee, gives him a quota and that dictates how many acres his farm will plant and harvest. According to Douglas, each acre of squash can be harvested approximately eight times between July and September.

“The first harvest, we can fill about four bins per acre,” he explained. “But by the final harvest, we are only getting about a bin and a half per acre.”

Douglas explained there is a science to how much to plant and when to plant. He said that in the spring he uses a four-row planter to plant 15 to 20 acres a day, two days in a row, before waiting a week or two and planting for another two days.

“We are able to harvest an average of an acre per worker each day,” he said, explaining he has close to 20 seasonal workers that come to help him harvest the squash crop along with a year-round employee who helps with the machinery for loading and unloading the bins of squash onto a truck and trailer owned by Douglas Farms. “We plant so that by the time we’ve gotten all that a plant is going to yield for the season, the next section of the field is ready.”

Douglas also said it is important to find optimal picking time and that means sometimes he and his crew have to work during the heat or the rain, although with an early morning start time, they try to finish their day between 1 p.m. and 2 p.m. to avoid the worst of the summer heat.

“PictSweet gives us specific limits on what squash they will accept,” he said. “The squash must be at least one inch in diameter, but it can’t exceed two-and-a-quarter inches.”

Douglas explained that while rain obviously causes the squash to grow, several hours of 90-plus-degree heat causes it to grow the fastest. He also said he has to watch for sunburned squash or squash that has turned orange.

Each morning, during the harvest season, a truck from Douglas Farms delivers the previous day’s harvest to PictSweet Company, in Bells, Tennessee, while Douglas and his laborers begin the process of harvesting again.

“It’s a lot of work, but it’s a great crop,” Douglas said of his operation. “It’s a quick crop – about 40 days of hard work – before we are off to harvest beans at one of our other farms or for some farms in Georgia that we provide harvesting services for.”

So, this winter when grabbing that bag of frozen vegetables that contains yellow squash, keep in mind it might contain some homegrown vegetables, and the purchase will be supporting the agricultural industry of White County and the Upper Cumberland.