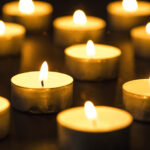 Rodney, age 29, is survived by his children, Gabriel LaPoint and Alexandria LaPoint. He loved his children with everything in him and always had a love for their mother, Savanna Mahan, even though they were no longer together.

He is also survived by his mother, Patricia O’Conner; sister, Sarah LaPoint; brothers, Tim O’Conner and Sam LaPoint; eight nieces; one nephew; father, Michael LaPoint; and a host of aunts, uncles, cousins and friends who held a special place in his heart.

Rodney was anything but typical. In addition to English, he     learned to speak and write German and Spanish in his teens and could build a computer from the age of 12. He loved music of all genres and often translated songs to different languages “just for fun.”  He continually searched out new things to learn. He was prone to deep thought and philosophical ponderings. Despite all the serious thoughts,  he had a great sense of humor and would do the most silly things to make people laugh. He had a smart mouth as big as his sharp mind. Everyone who met him, did not automatically love him but couldn’t help but respect his intelligence. He touched so many lives in his short time here on earth and will touch many more on his eternal journey.

A memorial service will be announced at a later date.