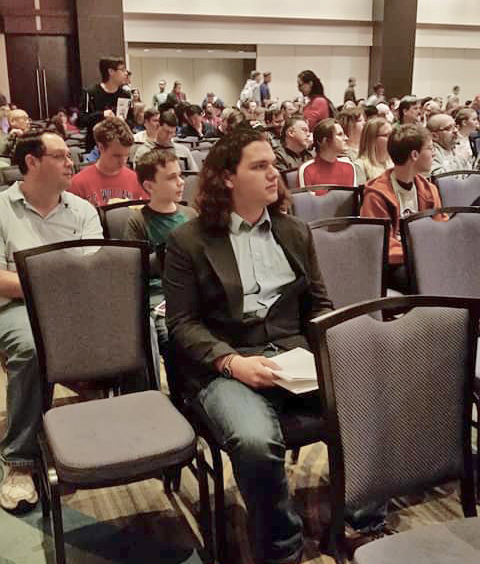 The national bowl was an invitation-only event, and Stegall had received an invitation after performing well at team events late in 2018.

“It was definitely different,” Stegall said of the competition. “There was so much more information being quizzed over.”

Stegall said there were 48 questions per round for the first three rounds, but, starting with the fourth round, the questions increased to 72 per round.

“There was a big difference when we got to those fourth and fifth rounds,” Stegall said. “I was doing really good, and then I just couldn’t keep up with the speed some of the other competitors were answering at.”

Overall, Stegall said he enjoyed the experience as he flew for the first time and was able to explore the city a little.

“Big cities aren’t really that exciting,” Stegall laughed about that part of the experience. “But, overall, it was a great experience, and I hope to be able to go again at the intercollegiate level.”

Stegall plans to attend Tennessee Tech next year and study sociology or psychology and join the quiz team.