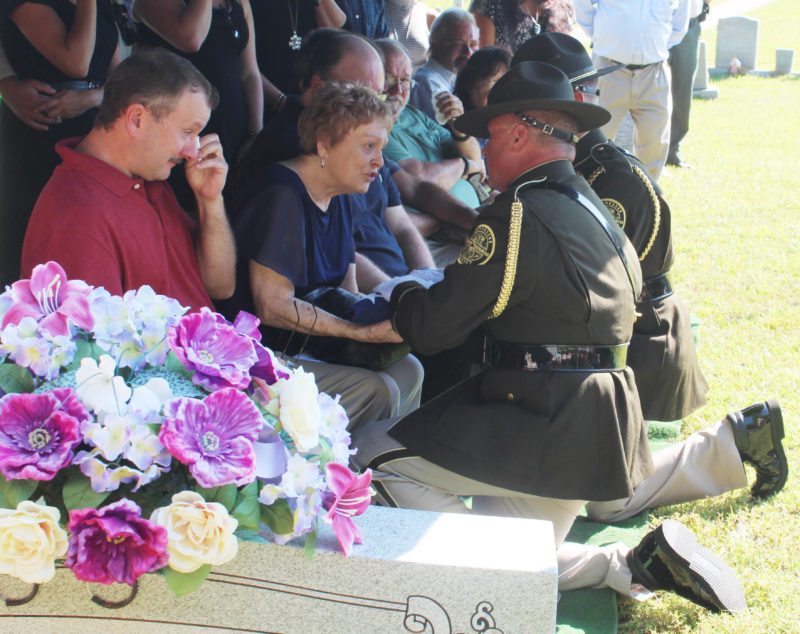 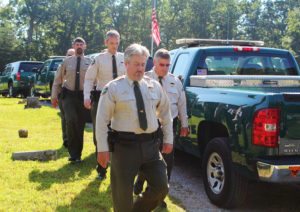 Officers with Tennessee Wildlife Resources Agency said goodbye to one of their comrades, Carl Allen Cude, 71, of Sparta, as they gathered at Old Bon Air Cemetery, in White County, on Aug. 30, 2016. TWRA Honor Guard members carefully removed the American flag, which had draped the coffin, and conducted the folding ceremony with precision and respect, after which they presented it to Cude’s wife, Bobbie Sue, as a representation of his service in the  U.S. Air Force. Cude retired from Tennessee Wildlife Resources Agency after a 30-plus-year career. He also taught wildlife law at Tennessee Tech for a number of years. 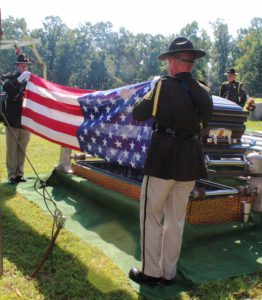