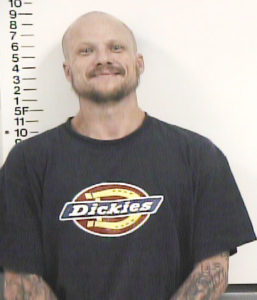 Dec. 3, 2018, at approximately 10 a.m., Avert Lee Johnson was taken into custody by the Putnam County Sheriff’s Office without incident. He was found at a residence on Boatman Street. in Cookeville.

Johnson, 38, has a lengthy criminal history in Putnam County dating back to 2013 including assault, drug violations, weapon violations and traffic related offenses. He is affiliated with the Aryan Brotherhood.

The Putnam County Sheriff’s Office responded to a shooting that occurred on Friday at around 10 p.m., at a residence on Bunker Hill Road, near the White County line. Deputies from Putnam and White counties responded to a residence, in White County, where a shooting victim was located. The victim has been identified as a 26-year-old White County man. He was transported by ambulance to Cookeville Regional Medical Center and later transferred to Vanderbilt University Medical Center in Nashville. He is currently in stable condition. A 31-year-old female and a 31-year-old male suffered non-life-threatening injuries from an assault during the incident as well.

The Putnam County Sheriff’s Office searched the residence on Bunker Hill Road where the shooting occurred, but the suspect had already fled. PCSO’s deputies and investigators collected evidence and interviewed witnesses at the scene.