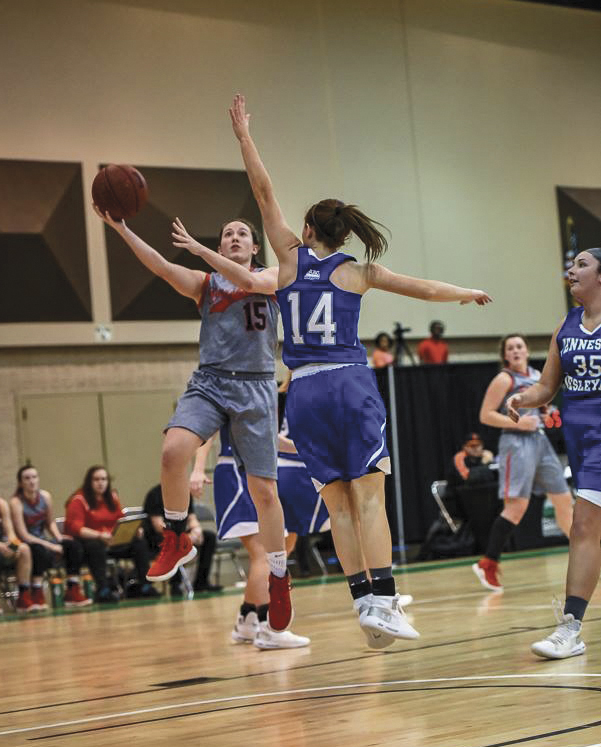 The two Lions added the All-American honors to their already All-AAC First Team awards received at the conclusion of Bryan’s most successful regular-season in program history. The Lions went undefeated in AAC play for a perfect 26-0 mark before notching three more wins in the conference tournament for a 29-0 record against AAC foes, ending the year with only two losses at 31-2 overall. The Lions captured back-to-back regular season tiles before three-peating as the AAC tournament champions. Their efforts resulted in climbing as high as a No. 12 ranking in the final NAIA Div. II Women’s Basketball Coaches’ Top-25 Poll. Bryan’s record-breaking 30-game winning streak was eventually snapped in opening round play of the NAIA Div. II Women’s Basketball National Championship, which marked the fourth straight year that the Lions made an appearance in the national tournament.

Despite being only in her second year, Luna has settled in as Bryan’s leader at the point guard position. She’s proven to be an all-around threat to opposing teams with her precision passing, quickness off the dribble, shooting ability, and defensive tenacity. The Sparta native guaranteed herself another top-10 spot in Bryan’s record books with her team-leading 173 total assists, 5.41 assist per game, and 1.99 assist/turnover ratio posted this season. She leads the AAC in total assists and assists per game while ranking eighth in the NAIA in assists per game, ninth in total assists, and 30th in assist/turnover ratio. She is Bryan’s second-highest scorer this year, averaging 9.8 points per game for a total of 315 points. The Lions’ knack to share the ball is how three players eclipsed the 300-point mark, three more made it into the 200’s, and four compiled over 100 points apiece. Luna swiped a team-best 59 steals and tallied double-digit blocks with 10. Her rebounding help was noticeable, as she corralled 132 boards, which was the second most on the team.