The votes have been tallied, and the people of Spencer have spoken.

Mickey Robinson will continue to be the city mayor for the next four years.   With a total of 53 percent of the votes, Robinson took the lead against two others who were vying for the mayor’s position and crossed the finish line as the victor. 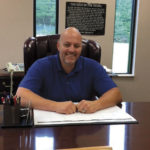 In the near future, if a person is in the mood for a margarita, then that individual will be able to purchase one in the City of Spencer (if you are of age). The referendum on serving liquor by the drink has been approved by a vote of 53 percent. The decision to support the ability for an establishment to provide adult beverages will most likely have an effect on potential entrepreneurs who would consider investing into an eating establishment within the city limits.   Churches and their members have voiced concern about alcohol being served and openly opposed the referendum. 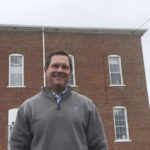 In Van Buren County, Cameron Sexton, the Republican incumbent running for the state Senate for 25th district, was able to obtain 70 percent of the votes cast and was the victor over Democratic challenger Ann Quillen, of Crossville.   Both candidates made frequent appearances in Van Buren County throughout the past few months to share their views on critical issues and the future of District 25.

“I would like to thank the citizens of Van Buren County for their continued confidence and support,” said Sexton.

Bill Lee will be the next person to lead Tennessee as governor. Lee chose Spencer as the place to launch his gubernatorial bid and returned to Van Buren County on the “final lap” of a long, competitive race. (See additional story inside.)

Results from Van Buren County are as follows: 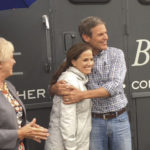 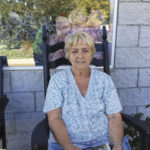 City of Spencer Alderman. Bonnie Adcock is one of three elected

US House of Representatives

US House of Representative