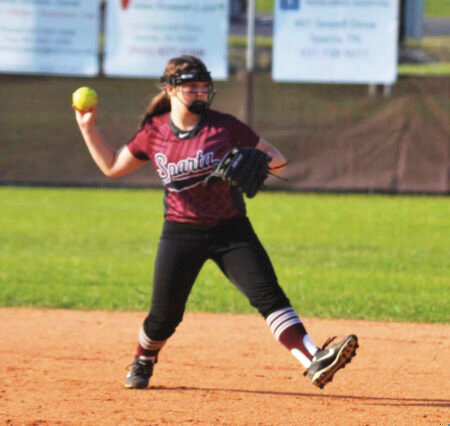 “Never take your playing time for granted - you never know when it might be cut short. Always play each game like it is your last because it very well could be,” Natalie Goodwin, the lone senior on White County High School’s softball team, advised.

Goodwin, who has played for the Warriorette softball team all four years of her high school career, said playing softball has taught her leadership, stamina, and improved her overall work ethic.

“My parents told me as a freshman that as long as I kept my grades up and for as long as I wanted to play softball, that would be my job,” Goodwin recalled.  “I do not have a lengthy resume entering college, but through softball I have learned life skills that will carry me through into my college career.

“Softball has shown me how to care about my peers, my school, and those impacted by my activities. By playing softball, I have learned the importance of stamina and focus in my life. It has shown me that by having a strong work ethic you can achieve what you set out to do.” 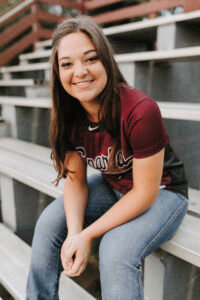 And what Goodwin is setting out to do is to study nursing at Tennessee Tech University in the fall where she has plans to get a degree as a registered nurse.

“I hope to work in the emergency room,” she said about her future, which she hopes will include working at Cookeville Regional Medical Center after college.

Goodwin, who is anxiously waiting to see if her final season has been shortened or altogether canceled because of the coronavirus epidemic, said some of her favorite memories come from her times on the dirt field.

While she only played two years in city-league ball before taking a “break” from softball, Goodwin can remember enjoying the game and her teammates even back then.

“I played city league softball for Tri-State, and my coaches were Jonathon Matthews and John Smith. I remember one time Jonathon told us he would shave his head if we won the tournament,” she recalled. “Being a little kid, I thought that was the funniest thing!”

Goodwin, who splits her field time between second base and catcher, returned to the diamond as a freshman, where she quickly went back to making memories.

“It was April 10, 2018. We were playing Stone Memorial in Crossville,” Goodwin said, remembered hitting her first homerun during her sophomore year. “When I walked up to bat, I was feeling confident. The third pitch that came through was my pitch. I will never forget the way it felt when I heard the ball come off the bat and the loud cheers from my friends and family as the ball sailed over the fence. It is a feeling like no other.”

Goodwin said she is appreciative of all the support her family has given her over the years, but especially thankful that her sister was videoing her that day and caught her epic moment on camera.

“I was so excited because this was the first time I had ever hit the ball out of the park,” she said. “That was definitely a feeling that I will never forget.”

Goodwin said it wasn’t just the day of her first homerun that her family has been there for her, however.

“My parents have always been there to support me through both the highs and lows,” she said. “No matter how I played or what I was going through, they were always there. They have picked me up when I was down and cheered the loudest when I was successful.

“I want to thank all of my family for braving the cold, rain, snow showers, and heat to come out to my games and show me so much love and support along the way. I also want to thank all of my coaches for teaching me the game, and never giving up on me. Without each and every one of these people I would not have been able to accomplish the things I have or been able to make it this far. I love you all!”

Goodwin knows the friendships she has made and the memories she has shared over the past four years with the girls she has the privilege of calling teammates will be the things that she cherishes most. She also admits that some of the best memories happen off the field.

She laughed as she talked about the time they purchased a hamster from a store near the hotel the team was staying at.

“You had to be 18 to purchase a live animal, so only one girl on the team was old enough to buy it. We didn’t have enough money to buy any type of cage for the hamster that we lovingly named, Alvin,” she said, talking about the night that she will be laughing about for years to come. “We snuck the hamster into our room and kept him in one of the dresser drawers. We played with Alvin all night.”

She went on to reassure that “Alvin” survived the weekend and that her coaches were more amused than upset by the whole ordeal.

“Playing for WCHS has taught me what it is like to be part of a team,” Goodwin said, talking about the more serious side of her softball career. “As a team, we have learned to depend on each other and to be there in the good times and bad. As a team, we have learned to have each other’s back. I know that if I miss a ball or strike out at the plate, the girls on my team will support me just as if I assisted in a double play or hit a homerun. My teammates have become lifelong friends and an important part of my life.

“When I step onto the field and the lights come on, it is an exciting moment. When my walkup song starts to play, and I hear the cheering from the crowd I am on top of the world! The support shown by everyone is amazing, and I feel very blessed to have been a part of this organization.

Goodwin doesn’t know if she will ever get to wear that maroon and gray softball uniform in action again, but what she does know is that she wouldn’t trade the past three years for anything.

She said, “I will forever be thankful for the opportunity to play softball at White County High School.”