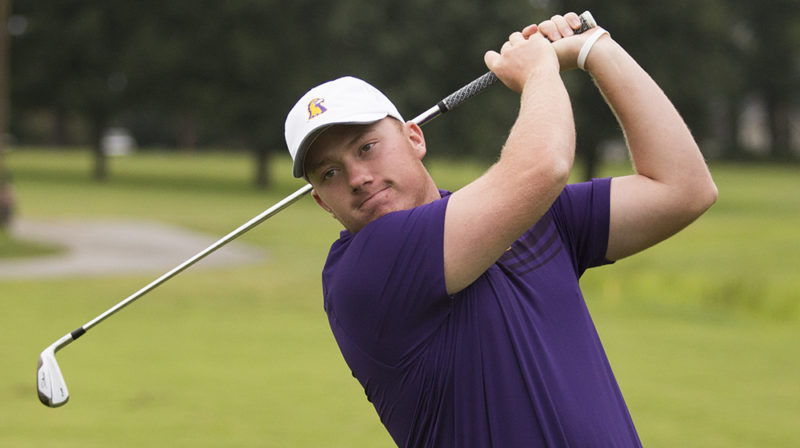 Closing out their fall schedule at the one-day, 36-hole event hosted by in-state rival Middle Tennessee, the Golden Eagles used the energy of the young bucks to move from third to second over the first and second round among the field of 10 teams.

Tech fired a 296 over the first 18 holes, following it up with another solid round of 295 for a 591 overall. Middle Tennessee notched the win on one of its home courses, edging the Golden Eagles by five strokes with a 586. The Blue Raiders’ Chip Thomas earned co-medalist honors with Morehead State’s Cooper Collins, each posting scores of 140.

True freshman Will Brooks led the way for the Golden Eagles, recovering impressively from a first-round 77 to blast off a 6-under 66 in the second round. The rookie placed third overall among the field of 68 with a total score of 143 to earn his first career All-Tournament honor.

Easily the best round of the entire event, Brooks’ 66 broke the program’s freshman scoring mark of 67 set by teammate and sophomore Charles Seals at last year’s Ohio Valley Conference Championships. It also tied for the eighth lowest round in school history.

Seniors A.J. Wilkerson, of Sparta, and Alexander Riddle rounded out the starting lineup for Tech, each showing improvements from the first to second rounds. Wilkerson tied for 31st overall with scores of 79 and 74 for a 156. Riddle notched a final card of 78-77=155 to tie for 39th.

Competing as an individual was sophomore Cameron Yeary, who tied for 46th after producing an 81-75=156.

The runner-up showing marked the first time since the 2014-15 season that Tech boasted back-to-back top-two finishes. The Golden Eagles won the Big Blue Intercollegiate on Apr. 14, 2015 before tying for second at the OVC Championships on Apr. 26, 2015.