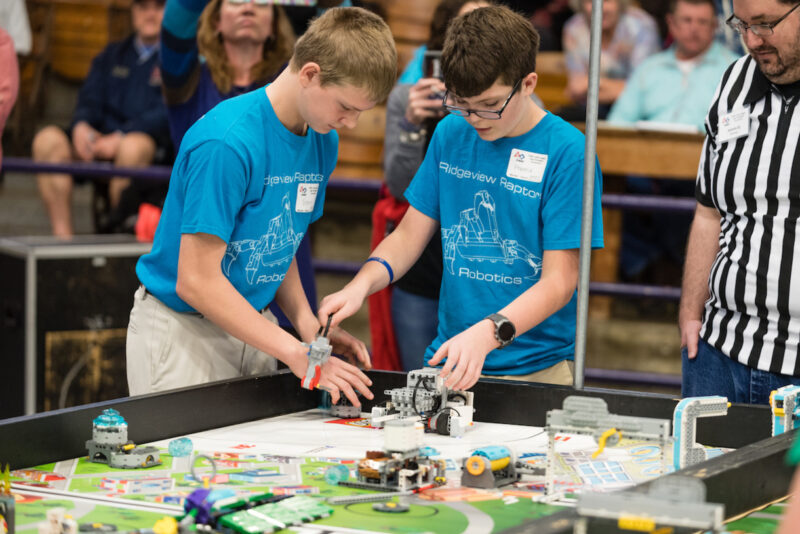 Approximately 48 10-member teams comprised of youth ages 9-14 from Franklin, Knoxville, Kingsport, Johnson City, Murfreesboro, Nashville, Oak Ridge and Tullahoma will be competing in the robotics event which is hosted annually by Tech.
Tennessee Tech will once again be the hub for science and technology by hosting the FIRST LEGO League 20th Annual East Tennessee Championship Tournament on Saturday, Feb. 8.

Approximately 48 10-member teams comprised of youth ages 9-14 from Franklin, Knoxville, Kingsport, Johnson City, Murfreesboro, Nashville, Oak Ridge and Tullahoma will be competing in the robotics event which is hosted annually by Tech. There will also be two teams from Cookeville — the Algood techies and Lego Lords — competing in the event.

“For many of these kids, it will be their first time on a college campus,” said Kris Craven, associate professor of Tech’s basic and general engineering department. “It’s a very important outreach for us every year. We look forward to having the students on campus.”

The competition, which will be held mostly in Memorial Gym, as well as Matthews-Daniels Hall and Bartoo Hall, has each team building a robot entirely out of LEGO pieces that use an autonomous microcomputer connected to light, touch, position, temperature and visual sensors.

Each year the contest focuses on a different real-world topic related to the sciences, and this year’s theme is Star Wars. Each challenge within the competition revolves around a space theme. The robotics part of the competition focuses on designing and programming LEGO robots to complete tasks. The students work out solutions to the various problems they are given and then share their knowledge, compare ideas and display their robots.

“It’s a wonderful program to get students together and working in the STEM field, specifically,” said Cravens. “So, it’s a great recruiter for all kinds of STEM education, and engineering is key for that.”

Craven is among the more than 70 volunteers who will be helping serve as judges and referees during the event which begins at 7:30 a.m. and wraps up around 5:30 p.m. With all the participants, coaches, family members and volunteers, there will be approximately 700 people on campus for the event.

Awards will be handed out in robot, research project, robot design, core values and special recognition categories. A Winner from this event will move on to Houston for the FIRST LEGO League Championship.

FIRST, which stands for “For Inspiration and Recognition of Science and Technology,” was founded by Dean Kamen and the LEGO Group’s Kjeld Kirk Kristiansen in 1998 as a way to engage children in playful and meaningful learning while helping them discover the fun in science and technology through the FIRST LEGO League experience.