Tennessee Historical Commission to award over $900,000 in funding to protect historic battlefields 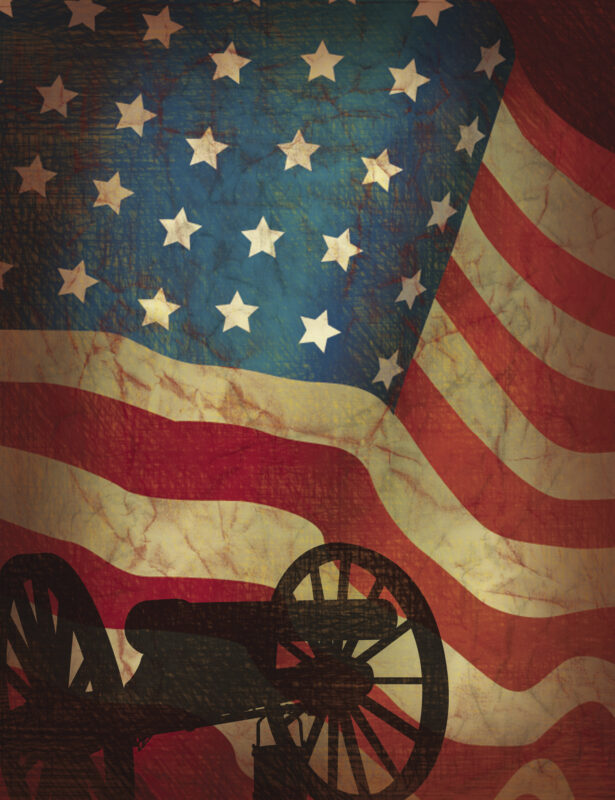 The Tennessee Historical Commission and the Tennessee Wars Commission announce the awarding of over $900,000 in matching grants through the Tennessee Civil War Sites Preservation Fund to preserve approximately 111 acres of endangered Civil War battlefield sites in Hamilton County, Rutherford County, Hardin County, and Henderson County.  The projects were approved by the Commission at their Feb. 21 meeting in Nashville and will be made to the American Battlefield Trust, a non-profit based in Washington, DC.

“This is a very successful preservation program that in the past seven years has helped protect hundreds of acres of valuable open space, farms, and wildlife habitat across the state,” noted Patrick McIntyre, State Historic Preservation Officer and Executive Director of the Tennessee Historical Commission.

“The land acquired by these grant funds will be crucial for interpreting Tennessee’s role in the Civil War for generations to come,” added Tennessee Wars Commission Program Director, Nina L. Scall.

These projects include a continuation of funding for the largest land acquisition for the Stones River Battlefield in Murfreesboro, Rutherford County, since the historic site was designated as a National Park in 1960.  In addition to $1,827,502 awarded to the Stones River Battlefield in the last grant cycle, this year’s grant award of $710,530 will help complete the expansion of protected lands by 48 acres.  Contained in two tracts, this area includes property where troops under Major General William Rosecrans and General Braxton Bragg faced off.  It is also where George Wagner’s troops were positioned during the Battle of Stone’s River, from Dec. 31, 1862, to Jan. 2, 1863—the final day of fighting.  On that day, General Bragg ordered an attack on General Van Cleve’s division, as Van Cleve’s men occupied a hill overlooking McFadden’s Ford.

A nine-acre purchase at the site of the Oct. 27, 1863, Battle of Wauhatchie, in Chattanooga, Hamilton County, will be completed with a $15,708 award added to the $231,737 awarded in the last grant cycle.  This land features the Trail of Tears historic site, Brown’s Tavern.  Constructed in 1803, John Brown was forced to leave his home and business in 1838, as part of the Cherokee Removal in Chattanooga.  Later, he and his family received federal permission to return, and he lived there until his death in 1847.

$51,000 will help purchase 53 acres of privately held land at the Shiloh Battlefield in Hardin County.  Nearly 13 acres of this acquisition are located within the 1894 legislatively authorized boundaries of the Shiloh National Military Park.  This parcel is where 40,000 Confederate soldiers, under the command of General Albert Sidney Johnston, attacked the encamped Union divisions, threatening to overwhelm Major General Ulysses S. Grant’s entire Army of the Tennessee on the first day of the battle on April 6, 1862.

$125,000 awarded for the purchase of a half-acre parcel at Parkers Crossroads in Henderson County will help preserve the historic crossroads itself.   Positioned along Wildersville Road, this is the site where Union Brigadier General Jeremiah C. Sullivan, with the help of Dunham and Fuller’s brigades, unsuccessfully attempted to cut Confederate General Nathan Bedford Forrest’s troops from withdrawing across the Tennessee River, on Dec. 31, 1862.

Since 2013, Tennessee’s Real Estate Transfer Tax growth funds have supported the TCWSPF grant program.  TCWSPF provides matching funds for the Federal American Battlefield Protection Program, which is available for the preservation of properties associated with the 38 most significant Civil War sites in Tennessee. The program can also provide matching funding for the acquisition of an Underground Railroad site eligible for listing on the National Register of Historic Places or for National Historic Landmark designation.  Applicants must hold a 501 (c) (3) non-profit status and provide 50% of the project funding from a non-state source.

male enhancement: will cialis help with premature ejaculation how long viagra last past expiration date sexual performance enhancing supplements viagra headache ed when pills don t work viagra and uroxatral injection therapy for erectile dysfunction herbs to improve libido growth pills how do i supress sex drive fatter penis what are the pros and cons of viagra versus cialus can yoga help increase penis size sudden weight loss and low libido magnum male enhancement klonopin and low libido how to get a rock hard hard on antidepressants for menopause spark lifesciences male enhancement ed treatment dubai pro zmax male enhancement how much licorice decrease sex drive male enhancement business opportunity what to take to help sex drive jelqing method does hypothyroidism cause low libido penis enlargement surgery 2013 where to order viagra without a precption what kind of antidepressant can you take thwt dorsnt effect sex drive how much time should you take viagra before viagra fda male enhancement blogroll 2000 viagra kaufen rezeptfrei holland where can i buy viagra over the counter india how many times can you ejaculate while on viagra foods that replenish sex drive how often do men get an erection using viagra weightlifting sex drive what is the differene between viagra and blood pressure medications how can i increase my sex drive as a man how much for prescription viagra not covered by insurance sexual herbs for sexual arousal