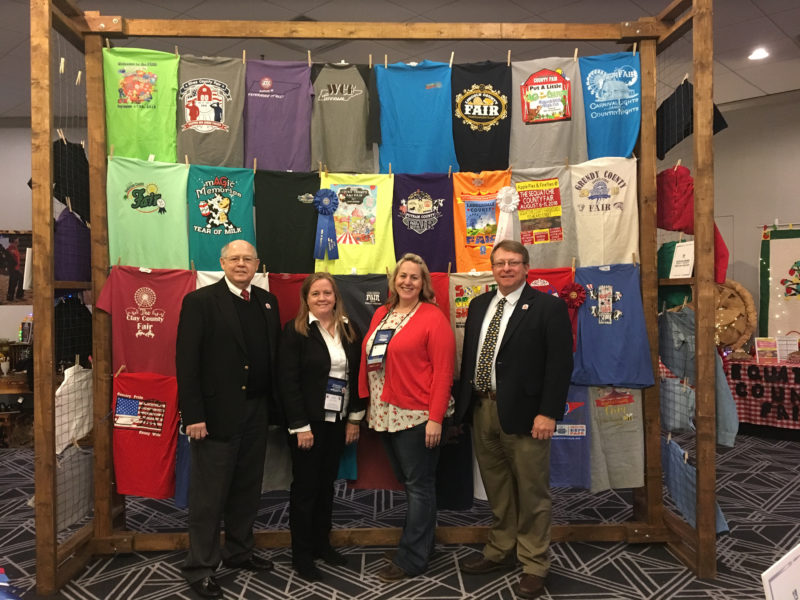 Fairs across Tennessee are celebrating the awards they have earned for showcasing agriculture in communities large and small.

The top award went to the Warren County Fair, which was named the Champion of Champions Fair for 2018. The Champion of Champions is selected form the 2017 Division Winners. The Warren County Fair was also among the 53 fairs recognized with the Award of Merit based on agriculture, educational value, overall operations, and the promotion of local interest and community spirit.

Phil Booher, manager of the Appalachian Fair in Gray, Tenn., will serve as 2019 President for TAF.

“The fairs of Tennessee wouldn’t be possible without the thousands of volunteers who give so much of their time and efforts,” Booher said. “I’m proud to be in their ranks, and to now serve as President.”

The winners of the primary 2018 fair categories include:

The statewide Fair Showcase offered prize money and awards in 36 categories including best fair catalog, website and educational displays, promotional videos, posters, scrapbooks, creative ideas, and free-standing and table-top exhibits. In its 21st year, the competition drew 504 entries from 38 fairs. To see a list of these winners and other fair information, please visit https://www.tn.gov/agriculture/farms/fairs.html or www.tnfairs.com. In 2018, almost three million visitors attended county, regional, and state fairs in Tennessee, which generated $12 million in gross receipts. More than 19,000 volunteers devoted valuable time and resources to the events featuring more than 200,000 agricultural exhibits. Some 26,000 exhibitors showcased livestock, farm crops, and other agricultural assets.