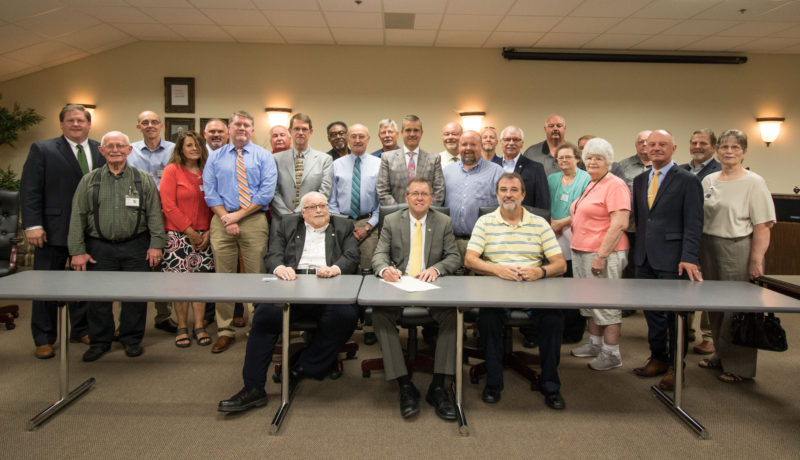 An agreement designed to better serve the recipients of resources offered by the Upper Cumberland Human Resource Agency and Upper Cumberland Development District was approved Tuesday during the agencies’ Executive Committee meetings.

A shared management plan was agreed upon by the boards of both agencies. Over time, cost-saving measures outlined in the agreement stand to save the Agency more than $550,000 in costs by consolidating the administrative, finance, and management pools with those of the Upper Cumberland Development District.

Under the agreement, each entity will remain separate and will continue to be controlled by their respective bylaws and governing boards. No programs would be eliminated as a result of entering into the shared services agreement, according to Executive Director Mark Farley.

Farley’s vision includes UCHRA shifting more of its focus on county-specific needs and ensuring county offices have the tools and resources necessary to help residents in need.

“I think we need to make the county offices the central focus of UCHRA,” Farley told members of the Agency’s Executive Committee Tuesday. “That’s where the service meets the clients and [the county coordinators] understand the needs of the clients.”

Farley is confident that the alignment will make a positive impact on the region. “Both agencies have dedicated staff, who when given the resources and direction they need, can make a substantial impact on the direction of the region as a whole.”

Farley says any changes to existing programs would be for the better; providing the opportunity to grow new programs and ensure that there are no gaps in services and that all residents are able to receive the services they need.

“I would like to thank the board members for entrusting me with both agencies. The last several years have been very trying for the Board Members as they juggled their community responsibilities with the obligations of the region. This decision was not made lightly, but with great consideration for the citizens of the Upper Cumberland region. I appreciate the ongoing dedication of our board members who made this alignment possible.”

To commemorate the occasion, members of UCHRA’s and UCDD’s executive committees signed a resolution recognizing the shared services agreement between the two entities.

About the Upper Cumberland Development District:

The Upper Cumberland Development District provides regional planning and assistance to the 14-county Upper Cumberland region to promote economic growth and community enhancement. Find UCDD on the web at www.ucdd.org and at facebook.com/UCDDconnect.

The Upper Cumberland Human Resource Agency aims to improve the quality of life to residents of the 14-county area; helping residents move from dependence to independence. Visit www.uchra.com for more information about the agency’s services.