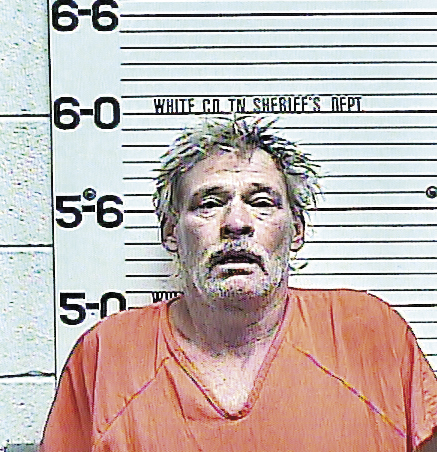 A 52-year-old Sparta man has been arrested on several charges after police received a call about an alleged intoxicated individual at Murphy USA gas station.

On June 22, 2019, at approximately 10:20 p.m., officers were dispatched to Murphy USA about a possible DUI driver in a white Dodge Caravan. The caller stated the driver had an open container in his possession.

Upon arrival, Patrolman Matt Farmer and Patrolman Nick Dunn, both of Sparta Police Department made contact with the vehicle behind the office portion of Murphy USA. The driver, Allen Dewayne Vandergriff, initially provided officers with an incorrect first name.

According to an arrest warrant, Vandergriff had a strong odor of alcoholic beverage “on his breath and person.” He reportedly had slurred speech and was moving sluggishly. Officers reportedly found an open can of beer in plain view.

Vandergriff reportedly told officers he had suffered a stroke several months ago. Dunn then conducted standardized field sobriety tests on Vandergriff, which, according the arrest warrant, he could not complete satisfactorily.

Vandergriff was advised he was under arrest and was asked to turn around and place his hands behind his back, which he reportedly refused to do.

Vandergriff was reportedly advised several times to comply with the command and continuously refused. According to the arrest warrant, Dunn and Farmer physically restrained Vandergriff and placed handcuffs on him while he was trying to pull away.

After further investigation, officers found that Vandergriff had a revoked driver license because of a DUI charge, in White County, on Dec. 11, 2014, and several more prior revocations.

According to the arrest warrant, while being placed in Farmer’s patrol car, Vandergriff appeared to be having a seizure. White County Emergency Medical Service was called to the scene, and Vandergriff was transported to Saint Thomas Highlands Hospital, in Sparta.