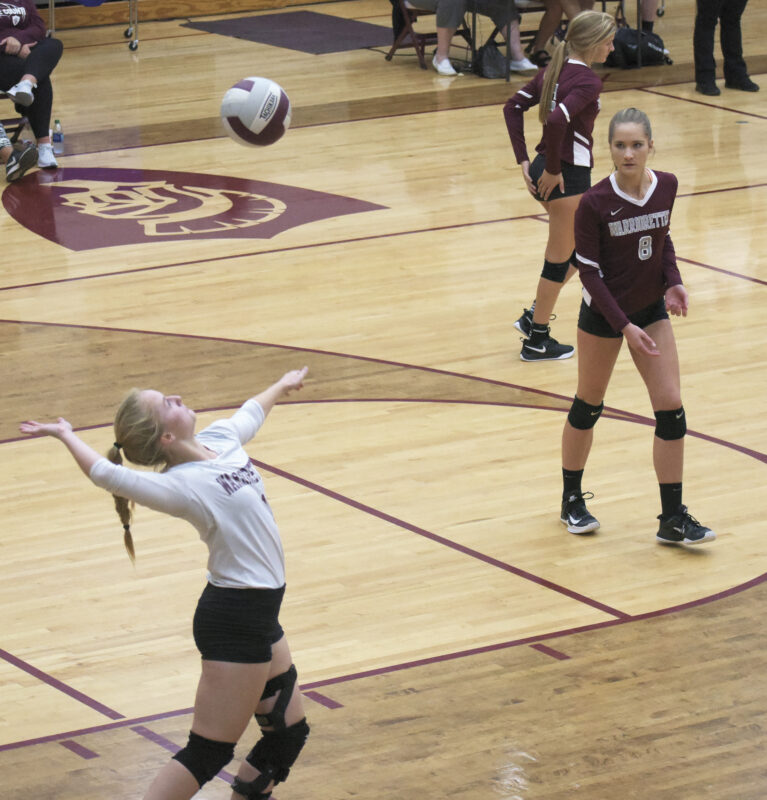 Ellie Savage is serving for the Warriorettes. (Photos by JERRY LOWERY) 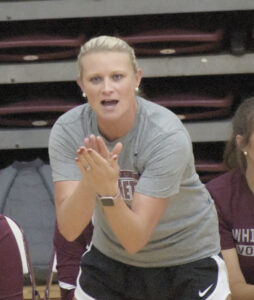 The Warriorette volleyball ball team defeated Cumberland County High School by winning two straight games and winning the match.  The scores were 2-9 in the first set and 25-14 in the second set.  Lauren Turner led the team with nine kills in the two game match.