Warriorettes close out the regular season with a win 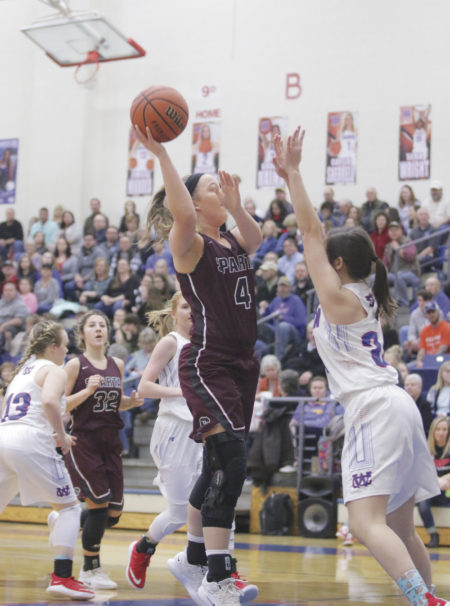 Gracie Dodgen goes up over a Warren County defender, on Friday night. Dodgen finished the game with 14 points to lead the Warriorettes.

The Warriorettes closed out their regular season, on Friday night, in the final District 6AAA game of the season, picking up a win over the Warren County Lady Pioneers. White County High School got off to a fast start against Warren County, picking up the 63-37 win.

The Warriorettes shot 38 percent overall from the field for the game while limiting the Lady Pioneers to just 31 percent shooting.

The Warriorettes will now turn their sights to the district tournament and try to host their first region game since the 2014-15 season. To do that, the Warriorettes will have to pick up a win, on Feb. 15, against Cookeville. See the Feb. 14 edition of The Expositor for full details about the District 6AAA tournament.