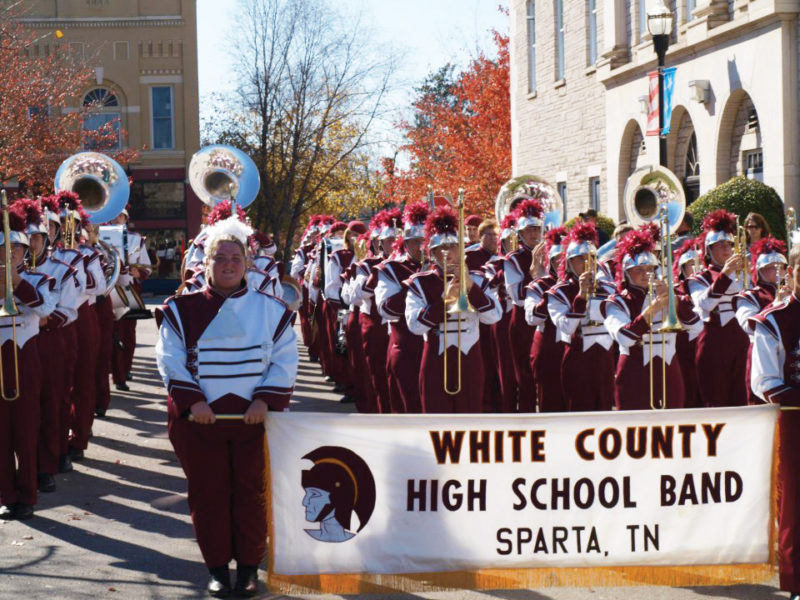 The White County High School Band has been offered, and has accepted, the opportunity of a lifetime: To perform in the National Independence Day Parade, in Washington D.C., representing the state of Tennessee, on July 4, 2017.

The invitation was extended to them based on a nomination from Congresswoman Diane Black, who saw the band perform in October 2015, at Tennessee Tech, in Cookeville.

They are the only high school band invited from the entire state of Tennessee.

The trip consists of four days and three nights, in which students will be treated to a number of educational experiences that are included in the cost of the trip, along with all meals, coach transportation, accommodations, tour management, a t-shirt for each attendee, a souvenir photo video for each participant, gratuities and liability insurance.

Thus far, the band has held several fundraisers to pay for the trip.

The next fundraiser, the Grand Band Bubba Balooza Dinner and Auction, sponsored by the White County High School Band Boosters, has kicked off this month.

Tickets are $35 per person and include a plate dinner and music performed by the band Shattered. Attendees will also be in the running to win door prizes at the event.

A live auction will be conducted during the evening. Some of the items to be auctioned include: an Orion cooler from Jackson Kayak, two nights’ campsite and one-day pontoon rental at Horseshoe Bend Marina and Campground, two passes to Dollywood, an autographed item from Aaron Tippin, Nashville Symphony tickets, a specialty cake from The House of Frosting, Grand Ole Opry tickets, an autographed Nashville Predators hockey puck, two tickets to Wilderness of the Smokies, among many others.

All proceeds from the event will go directly to the band for their trip to Washington D.C.