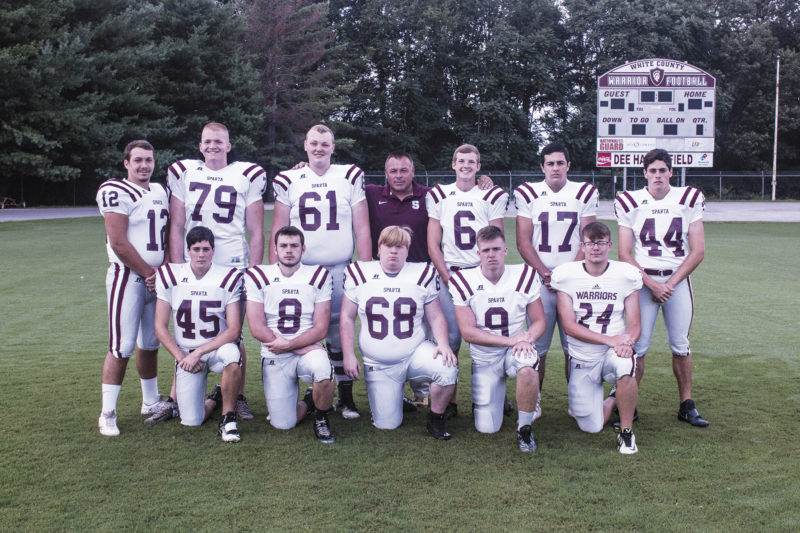 Head Football Coach Jerry Lowery looks to get his second football season underway on Aug. 18, at home vs. Livingston.

With the new region, that means the Warriors will be traveling in a different direction this year. Over the past two years, the Warriors have been in one of the toughest regions in the state of Tennessee. With powerhouses like Ooltewah, Rhea County, Walker Valley, and Cleveland, the Warriors struggled to find their way the past two seasons, going 0-12 in region play.

In Week 2, the Warriors will have their first region match up against Summit. Summit is coming off a 7-4 season and made it to the first round of the playoffs but lost to Cane Ridge, which was the third- ranked team in the state at the time.

In Week 3, the Warriors will host Cookeville for Cookeville/Sparta week. The Warriors’ last win against Cookeville was in 2013 when they pulled off a 13-0 win over Cookeville to host a playoff game for the first time. This is one of the oldest rivalries in the state of Tennessee.

In Week 5, the Warriors will be idle.

In Week 7, Page will travel to Warrior Stadium. Page is also new to the region, making the jump from 4A last season. Page finished last season 7-4 on the year, and it will be interesting to see how well they can compete in 5A.

In Week 9, the Warriors will hit the road again for another long road trip when they travel to Columbia. Since making the jump from 3A to 5A, in 2015, Columbia has only won three games over the past two seasons and has yet to win a region game.

This season should be an interesting one with hopefully a lot of Warriors’ wins. The Warriors will look to get their season off on the right track when they play host to Livingston Academy, on Aug. 18, at Warrior Stadium. That game is scheduled to kick off at 7 p.m.