WCHS soccer falls to DeKalb and Sequatchie to end the week 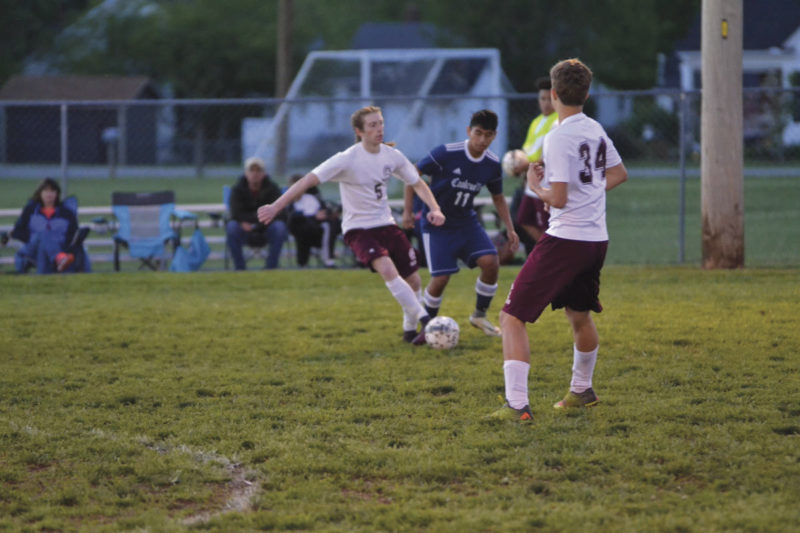 Sebastian Dunham handles the ball against a Cookeville player from an earlier game. (Photo by UPPER CUMBERLAND REPORTER)

On April 27, the Warriors got down with 15:26 remaining in the first half, when DeKalb scored to take a 1-0 lead. Heading into halftime, the Warriors trailed 1-0.

On April 28, Sequatchie County got the scoring started, when they scored with 18:42 remaining in the first half to take an early 1-0 lead. Neither team would get much going the rest of the half, and Sequatchie took a 1-0 lead into half time.