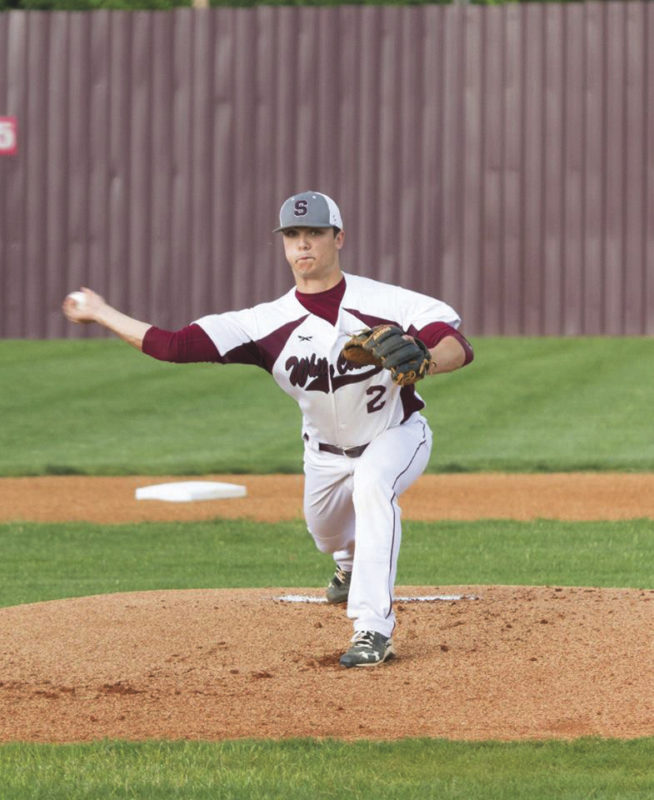 Logan Swoape got the start on the mound for the Warriors on Senior Night. He also got a hit in the game. (Photo by BONNIE BRYANT)

In the first inning, Coffee County captured the lead when they hit a sac fly that scored the first run of the game.

The Warriors would tie things up in the bottom of the first a 1 to 1. Chris Mills got things going for the Warriors when he walked to put a runner on first with nobody out. Kyler Allen would then sacrifice him over to second to put a runner on second base with one out. Logan Swoape would then single to put runners on the corners with one out. Jason Maxwell would then come up and hit a sacrifice fly scoring Mills and tying the game up at 1-1.

Swoape took the loss for the Warriors. He went two innings, giving up six runs, five hits, striking out one, and walking zero. Allen came in relief for Swoape. He worked one inning, giving up six hits and six runs. Holden Howard threw two innings of relief, giving up two hits and struck out three.

Swoape got the only hit for the Warriors on the day.

With the loss, the Warriors move to 10-18 on the season. The Warriors finished up their regular season, on May 1 and May 2, when they traveled to Cookeville to take on the Cavaliers. The Warriors will begin their district tournament, on May 6, when they take on Cumberland County in the play-in game. The winner of that game will move on to play Cookeville in a best-of-three series starting, on May 8, weather pending.