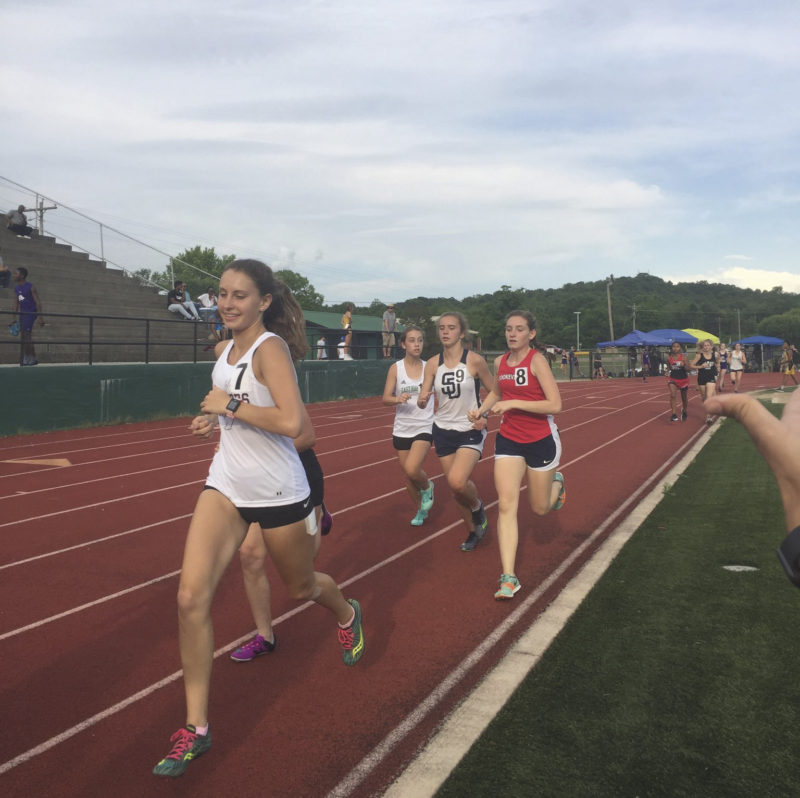 In the 3200 meter race, Evan Welch found herself behind and in eighth place.  Welch then reached within, both mentally and physically, and started a kick.  Welch passed four runners and ended the race in fourth place.  Welch set her personal best record of 11:54 in the 3200.

Placing fourth gives Welch a spot in the upcoming state tournament. Coach Brian Everett stated the conditions were muggy for the run, yet Welch ran a really good race and finished strong.

“Going into this race I was nervous,” said Welch. “I have been battling a quad injury that has kept me from training like I should have been.  I knew this was a very talented group of girls that I am running against. I was seeded seventh, so I had much work to do.  The pace was fast from the starting gun, and I held myself back a bit.  By the end of the fourth lap, I had moved up to fourth and was feeling strong.  It was such an incredible feeling to come from behind and reach my goal, and I am looking forward to representing WCHS at the state tournament”

State tournament times will be announced at a later date.