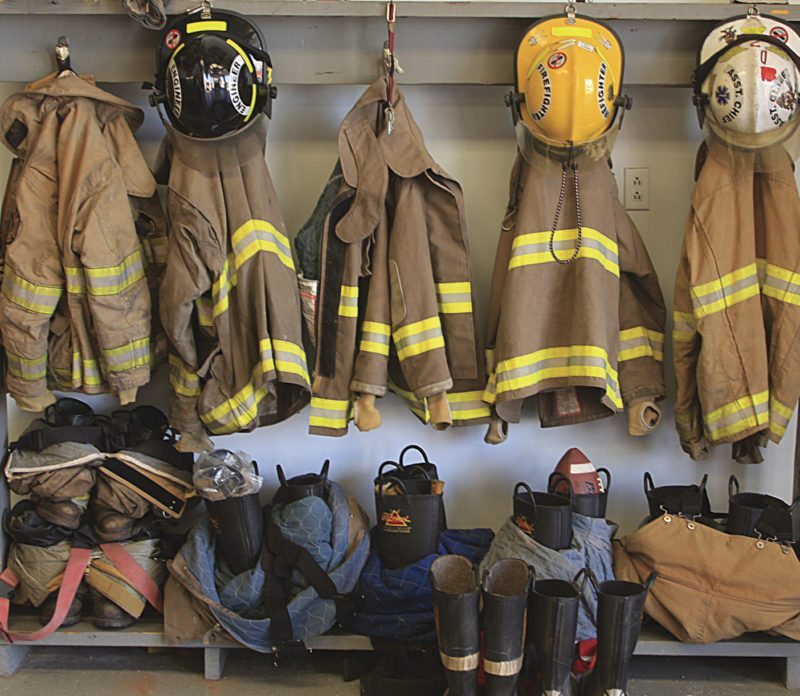 A mid-day residential structure fire at a Mackie Road home spread quickly, due to high winds that moved swiftly to demolish the brick structure.

According to North End Volunteer Fire Department Captain Houston Austin, the first firefighters on the scene reported heavy flames, with the structure partially collapsed. Only the garage was left standing.

A countywide page for assistance was made, with BonDeCroft, Cassville, Sparta, Central View, Hickory Valley and Eastland fire departments responding to assist North End with extinguishing the fire.

Approximately 15-17 firefighters responded from those departments.

Firefighters used 8,000 gallons of water, but high winds posed a major problem, causing the fire to move quickly through the home.

Another problem firefighters encountered, Austin says, was the location of the home, which sat in a wooded area on a steep hill that made it difficult for apparatus to climb.

Firefighters remained on the scene for approximately three hours.

The cause of the fire is undetermined at this time.

Austin states that the owners had moved out of state and had been preparing to place the house for sale. No one was at the home at the time of the fire.

There were no injuries reported.

Along with the fire departments, White County Emergency Medical Services and White County Sheriff Department were also on the scene.