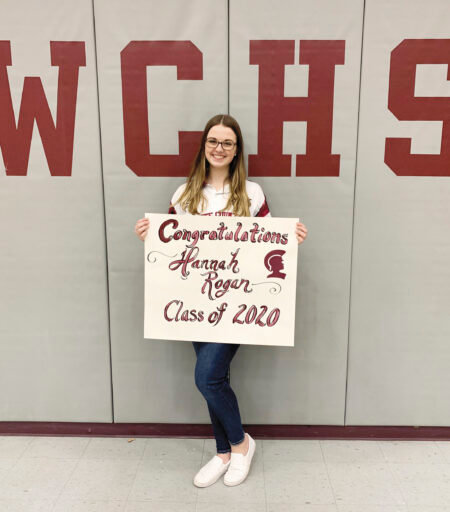 “Patience in archery is key, and it was something I struggled with for a very long time,” senior Hannah Rogan, captain of the White County High School archery team, said. “Without it, it is so easy to fall apart in seconds.”

Patience and the ability to keep a smile on her face and laughter in her heart are proving to be important skills for Rogan as her senior year is nothing like she would have imagined when she began shooting as a sixth grader.

“I started shooting in sixth grade at a 4-H camp and instantly loved it,” Rogan said. “They started coaching me themselves and inviting me to more tournaments with them.”

Rogan said being a part of the high school team has given her memories she will cherish for the rest of her life - memories of friends and fun - memories that have her laughing at herself as she reminisces about falling in the mud on the shooting range.

“It was my freshman year, and I was running targets for everyone with a friend,” she said, remembering the night with clear detail. “It was muddy, and at this point dark outside, and we were bouncing off the walls with energy and just non-stop laughing. We messed up and thought they were done shooting, when they weren’t. There was one person left, and I saw them with their shotgun about the time I was standing in front of them. In a laughing panic, I quickly turned around to get out of the way, but my feet slipped in the mud and came out from under me. I’m pretty sure everyone heard me hit the ground, even if they weren’t looking. I just laid there in the mud crying because I was laughing so hard.  I just rolled off of the range.”

Her ability to laugh and smile at the memories is something she attributes to Coach Charlie Scott.

“Keeping positivity like Charlie Scott is in no way easy, but without that smile on your face, the patience will fade away,” she said.

While she has countless memories, Rogan said one of her all-time favorites was the bus ride home as state champions. 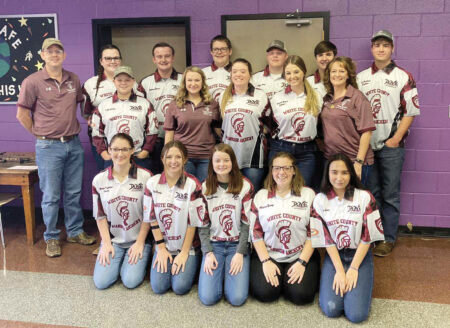 “We had a police escort back and were hanging out the bus windows to wave at the community as we drove by,” she recalled fondly and then added that trips to the national tournament were also full of fond memories. “I also loved it anytime we went to nationals in Louisville, Kentucky, and stayed in a hotel with some of my closest friends, and just walked the streets and found buttons on the elevator to take us to floors that we probably weren’t supposed to be on.”

The national tournament is something she won’t get to experience one last time because of the current COVID-19 pandemic, but, rather than focus on what she’s lost, Rogan is focusing on her future and everything she has gained.

“The one thing that I love most about this sport is the people,” she said. “The people that help coach, that donate their time and money, the people that come watch, everyone. I have met some of the greatest people through archery, and I have made some of the closest friends.”

One of those great people is coach Mickye Steele who Rogan sees as not just a coach and a mentor but someone whose presence in her life she can’t do without.

“I want to thank Mickye Steele for giving me such an amazing four years of archery,” Rogan said. “She has coached this team for years and has led us to the title of state champions time and time again.”

According to Rogan, her coach has always gone above and beyond her duties on the practice court and has become someone to laugh with, to cry with, and to share inside jokes with.

“She has always checked up on me when times were hard and has always kept me laughing through all the stress of school,” Rogan said. “I love her so much, and I don’t know what I would do without her. She has been a shoulder to cry on, especially this year, and has been one of my biggest supporters in everything.”

Steele has not only helped to lead the team to state titles, but also a reputation of which Rogan is proud.

“Anytime someone asks me what school I shoot with, they always say, ‘Hey, isn’t their archery team really good?’” Rogan said. “I am proud to be a part of a team with a good reputation in skill and good sportsmanship.”

She went on to say that the team she has loved for her entire archery career is known not just for great scores but also for being the team ready to help. She has loved every minute of being part of a team that has helped schools start teams and work tournaments.

“We love to help anyone and everyone that we can and love uplifting the White County High School name,” Rogan said.

As Rogan, who knows that her high school archery career is officially over … one meet short, moves on to the next chapter of her life, which includes studying pre-physical therapy at Tennessee Technological University next fall, she will keep the words of her coach with her.

She said, “Something I think I will remember for the rest of my life is how Charlie Scott always told me to smile and have fun, but most importantly, to always shoot straight.”